How to Help Kids Grieve: Embrace the Process

Good Grief's Joe Primo, a former hospice chaplain and an expert on how to help children grieve, explains why we should embrace the process of grieving—and how the experience can lead to a richer life.

[0:14-0:33]: So when I was 14 I was having lunch with my grandparents and two sets of aunts and uncles when during that lunch my aunt dropped dead of a heart attack over tuna melt and salad. to this day still haven’t been able to get over my dislike of tuna melts for obvious reasons it’s true.

[0:34-0:58]: When I tell the details of this story tuna melt and all I describe my aunt as a weddings funeral aunt as in I never saw her anywhere except for weddings and funerals and yet I was totally devastated by what had happened. I watched somebody drop dead. I watched my grandmother my uncle try to revive her for 30 minutes and two weeks after that I started high school.

[0:59-1:23]: I arrived at my freshman year so badly wanting to talk about what I saw and how I felt but nobody would listen. It was as if nobody cared. Fast-forward 20 plus years later and nowadays I work with grieving kids at a place called good grief in New Jersey and these are kids, we got some fans here, it’s an awesome place.

[1:24-1:44]: It’s a place for kids whose moms dads brothers and sisters have died and because of my experience I’m able to listen to just about any story without batting an eye because I know how important it is for a kid to be able to express him or herself and the thing is kids know this to be true too.

[1:45-2:07]: Now anybody here who has kids or works with kids knows that they like to talk about bodily functions right? Well one little guy like yay big many years back told me something so profound and I want to share it with you he said, “Joe grief is like poop you have to let it out” right?

[2:08-2:26]: Hilarious except for the fact that we are living in a constipated culture and to drive my point you need to know we have a serious blockage. But the remedy for this issue does not require medications or padded rooms although you are going to find plenty of people who want you to believe otherwise.

[2:27-2:55]: You see grief is a natural part of the human experience. Grief is a normal reaction to losing someone or something you love and the other thing here is it affects literally everyone. It does not matter your race, your religion your, socio economics, grief affects every single demographic including one we really really don’t like to talk about, kids.

[2:56-3:14]: Unfortunately for kids at some point in the early 20th century we collectively decided to swaddle life in a pretty little package in which bad things don’t happen to good people and we all live long and prosperous lives and the problem with this is not just that it’s absurd wishful thinking, it’s not rooted in reality.

[3:16-3:49]: This narrative we keep telling ourselves, it does nothing for kids, it does not teach them about hardship, it doesn’t help them form a healthier worldview, it teaches them nothing about what it means to be human and as a result our current culture leaves kids vulnerable and unprepared because it doesn’t give them any of the tools or the resources they need in order to form a healthy identity as a living creature that will one day die.

[3:50-4:05]: And although we keep perpetuating this culture of ours, we have a choice we can keep death and grief under the bed right next to the imaginary monster or we can shine a light on it and empower kids with hope healthy coping strategies.

[4:06-4:57]: For me personally I think the reason why we keep death and grief next to the boogeyman it’s because grief is really hard. When grief says stay down you will stay in bed for days then not even realize you’ve been there. When grief says “weep now” you’ll bust a tear duct over something as simple as the smell of perfume because it reminds you of your mom. But when grief says get up son you can do this you’ll do it and that’s because grief navigates us forward no matter how hard or how intense it is grief serves a purpose but the problem is it’s hard and difficult because it’s hard and difficult we’ve labeled it as something bad when in fact grief is good.

[4:58-5:41]: Now, all you skeptics, haters, and non-believers out there let me introduce you to Izzie. In 2015 Izzie was at her rock bottom because her dad died she was 8 at the time and Izzie isn’t a group that I facilitate and she is this adorable, wonderful kid with amazing you could say wild curly hair and she was telling me about being bullied because her dad is dead. She said “Joe even though they put Purell in my hair, they taught me that’s nothing. I’ve had to experience something far worse. I’m not afraid of no bully.”

[5:42-6:15]: In short, Izzie’s grief taught her about herself. We all know that bullying is terrible in commonplace than middle-school but this particular adversity that affects Izzie and her pair group well guess what it didn’t faze Izzie because Izzie has experienced something far worse. She experienced the death of her dad and the death of her dad gave her grief and her grief taught her to adapt taught her to be resilient it gave her a new perspective on her world and it even gave her the opportunity to form a more confident identity and guess what that new identity of Izzie’s well it ain’t afraid of no bully.

[6:16-6:35]: So how does grief do that? Well first let me acknowledge kind of hard to imagine that grief serves a purpose when in the beginning it seems incredibly unfair and like it’s only purpose there is to dismantle everything you are.

[7:06-7:33]: And in that process you learn about endurance and friendship and character and resilience and who you are at your core you see death implode your life but grief puts it back together that reconstruction process that was part of Izzie’s grief work that gave her tools that are going to serve her today and for the rest of her life.

[7:34-8:12]: So why then are we not equipping every child with these tools by talking openly about grief and talking differently about grief? For me that tuna melt with my aunt was the most important lunch of my life. It wasn’t pretty and it wasn’t easy but if that lunch was on my calendar today you better believe I would show up and I would eat. The months following her death were brutal, but I now know that those months or what led me here. 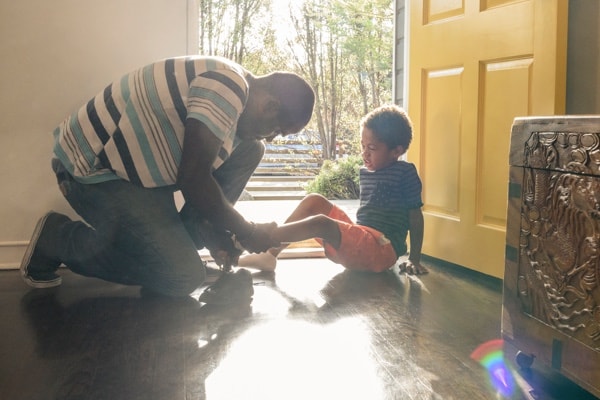 Tips for Parenting After a Family Loss

Psychology professors Dr. Irwin Sandler and Dr. Sharlene Wolchik share strategies that parents and caregivers can use to help support children after the loss of a parent. 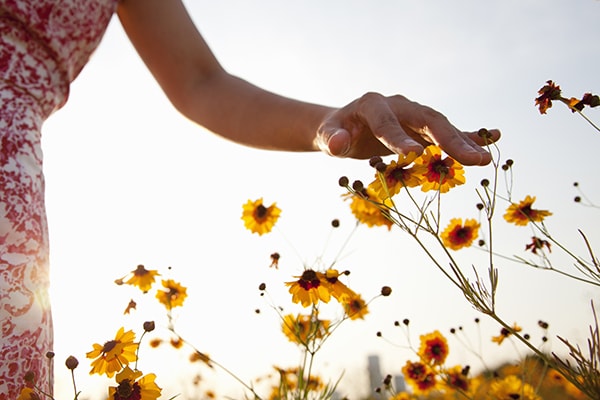 Coping With Loss and Finding Meaning with Chris Davis

A psychology professor has made it his goal to understand how people respond to illness and death. He shares ways that we can help ourselves, our friends, and our families grieve. 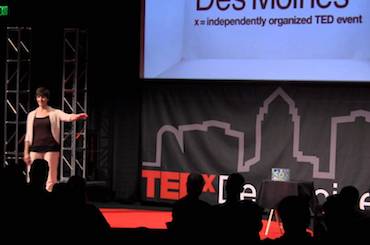 How to Heal By Carrying Your Grief

Grief expert Nancy Berns explains why we don't need closure to heal from loss. Rather, we can find freedom by carrying our joy and our grief together.