“We decided a long time ago that while the wanting and the trying may never cease, we will not lose ourselves in it—or to it.” 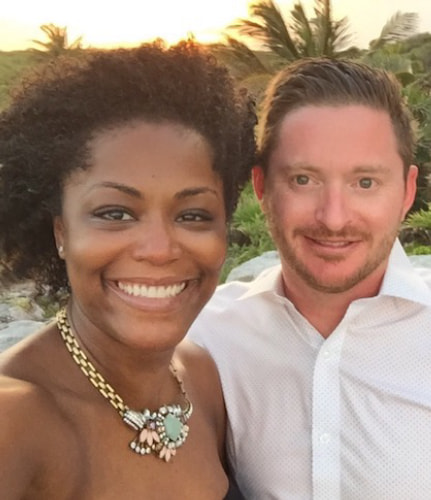 I will never forget his office. It was much larger than I was expecting, and he had a giant framed Barack Obama campaign poster. He was a good-looking gay man with a great sense of humor that immediately put you at ease, even if he happened to be poking around in your cervix. This appointment was different, though. He was deadly serious as he threw numbers and acronyms at me that I didn’t understand, such as LH and FSH, plus a few words I’d heard before, like estrogen and progesterone. I could not for the life of me piece together what he was trying to tell me and I was getting pretty freaked out.

At some point I stopped him and asked directly, “What exactly are you telling me? Am I OK?”

I won’t ever forget the look on his face as he gently tried to explain to my barely 28-year-old self that I would not be able to have my own children. The results of recent blood tests he conducted “just to be safe” mirrored those of a 70-year-old woman. My hormones were completely out of whack, and what I previously assumed were the lingering side effects of the grieving process I was going through following my mother’s death—random bouts of anxiety, depression, sleeplessness, headaches—were actually the side effects of menopause.

After a series of exams, tests, and second and third opinions, his initial diagnosis was confirmed: I had premature ovarian failure, a condition that impacts less than 1 percent of women. At 28, I was very single, very infertile, and apparently very unlucky.

Loss of fertility is a strange thing, especially when you discover it when you are single and actively trying to NOT get pregnant.

Loss of fertility is a strange thing, especially when you discover it when you are single and actively trying to NOT get pregnant. It becomes a real challenge when you decide, alongside someone you love, that you want the baby that biology took away from you. My husband and I have been married for more than three years, and despite our best efforts, our Option B doesn’t yet include an Instagram feed full of baby pictures, or tales of a successful science-assisted reproduction, or an uplifting adoption story. We remain woefully unlucky in that department, but we are not without hope.

We decided together a long time ago that while the wanting and the trying may never cease, we will not lose ourselves in it—or to it. We choose to lose ourselves in other things—one another, our friends who really are our family, and the many other things that bring us joy. As much as we want a larger family and believe we will have it someday, for now our family of two humans and one dog is enough, in part because it must be. This does not mean I don’t experience the spontaneous breakdown when I’m stuck doing yoga next to a beautiful pregnant woman, or when I see a child run into her mother’s arms; it just means we have actively chosen to be happy with what we have.

We have made our happiness our Option B. We are focused on building the fullest lives possible together.

A dear friend who has had her own struggles with infertility gave us the best advice we’ve received thus far: “There is literally nothing a child needs more than two people who are whole on their own to love them, so invest in becoming your best self for yourself today and for your future child.” We have made our happiness our Option B. We are focused on building the fullest lives possible together. Hopefully, at some point we will be lucky enough to invest in a child all the love and happiness we are creating now, but today we are simply grateful for the family we do have and the resolve and resources necessary to keep trying.

Marisa is the founder of Supportal, a platform that helps turn empathy into action by making it easy to respond when someone you care about is faced with a life-changing challenge.