“A lot of inmates are working hard to change themselves...I know this, because I was one of them.” 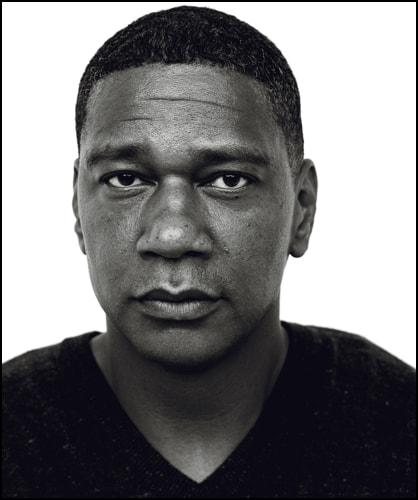 When I was twenty-five, I was sentenced to twenty-five years to life. I was convicted of being an ex-felon in possession of a firearm. That doesn’t normally mean a life sentence, but it did for me. It was my third strike.

I needed to atone for what I’d done. But I didn’t know how to take the next step. So I asked an older guy in prison who was known for giving good advice.

He asked me to write down the ten most important things in my life. He glanced at my list, looked me in the eye, and asked, “Youngster, how many hours each day do you devote to the things that you say are important to you?”

It was a pivotal moment. I realized I’d been doing nothing to pursue my values.

From then on, I started aligning my beliefs with my actions. I said that education was important to me, so I got my GED and college degree in prison. I said that family was important to me, so I started calling and writing them. I apologized. I acknowledged that I’d harmed them and put my mom through hell. I continue to work to rebuild those bonds.

I also said that community was important, so I started trying to give back. I taught other inmates how to read and write. I helped start programs around violence prevention, reconciliation, and redemption.

I’m doing everything in my power to help other people turn their lives around.

Through those programs, I met Chris Redlitz, a venture capitalist in Silicon Valley. He came to San Quentin to talk about entrepreneurship. He was blown away by the inmates’ enthusiasm and decided to start a tech accelerator inside San Quentin. He asked me to help launch it. We named it The Last Mile.

One of my mentors in The Last Mile was Duncan Logan, the founder and CEO of RocketSpace. I called Duncan the day I got out of prison. He hired me as an intern. I came in with the mindset of “I don’t care what I have to do. If I have to dump trash or scrape gum off the floor, I’m going to be the best trash-dumping, gum-scraping person they’ve ever seen.”

Almost four years later, I’ve worked my way into management. I’ve hired other former inmates. I’m doing everything in my power to help other people turn their lives around.

I was lucky to end up in a prison that offers far more rehabilitation programs than most prisons do. There’s this perception that all inmates are just waiting to get out and commit another crime. That may be true sometimes. But a lot of inmates are working hard to change themselves and become productive members of society.

I know this, because I was one of them.

A former San Quentin inmate and graduate of "The Last Mile," Kenyatta Leal spent nearly 19 years incarcerated within the California prison system. Throughout his incarceration, Kenyatta spent him time preparing for his future academically, vocationally, and spiritually. Upon his release in 2012, Kenyatta began an internship at RocketSpace and has since moved up to a management position. He continues to serve as an evangelist for The Last Mile and is a featured speaker at numerous conferences and corporate events.