“Allow yourself to feel everything you’re feeling right now. Let the hurt move through you. Then you can move on.” 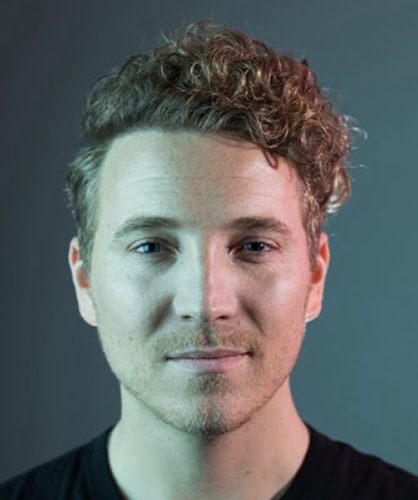 I’ve never written about this before. But I want to tell you about the worst day of my life.

This was a few years ago, and you wouldn’t think it was the worst day by the way it started. That's what's so ironic.

That morning, I spent time at the new SoHo offices of my growing company, which after three years of hundred-hour weeks had finally become a real business—and had at that point created more than fifty jobs.

In the afternoon, I hustled uptown to interview a famous billionaire onstage in front of a thousand people at Columbia University. We’d be talking about the launch of his new book, and a little bit about mine, which I’d published a week before, fulfilling a dream I’d had since I was in eighth grade.

It ended up being the largest crowd I’d ever spoken in front of in person.

Afterward, I quickly shook hands with everyone and ran out the door. I grabbed the 1 train downtown to Soho House, a fancy social club where people richer than me hobnobbed and drank wine. A group called the Influencers had invited me to speak about my work to an intimate gathering of smart and famous people—musicians and entrepreneurs and heads of advertising and modeling agencies. The crowd included one of my childhood heroes, Bill Nye the Science Guy.

I was on fire.

After my presentation, Bill Nye shook my hand and congratulated me on my work. Then world champion beatboxer Rahzel stopped me on my way out and said he couldn’t wait to read my book.

It was just after one in the morning by the time I got out of there, with a pocket full of business cards. I walked out the Soho House doors onto the cobblestone streets of the Meatpacking District, which at that hour was still bustling.

And then I remembered that I had no place to sleep that night.

You see, I was homeless.

Only a few people in my life had much idea what was going on with me behind the scenes.

While on the outside I was at this great inflection point in my career, on the inside I was suffering from the worst series of emotional setbacks I’d ever faced. It had started with a cancer scare and ended in a surprise divorce request—everything at once. Subsequent hasty negotiations had left me broke, depressed, homeless, and wondering whether any of this work stuff even mattered.

Only a few people in my life had much idea what was going on with me behind the scenes. I hadn’t even mustered the courage to tell my family, much less my employees. I was co-running a business worth millions but secretly unable to afford a deposit on an apartment.

I was co-running a business worth millions but secretly unable to afford a deposit on an apartment.

Rather than asking a friend to let me crash for the three months I’d need to save up for a new place, I’d been bouncing from couch to couch, using a vague backstory to feed off the generosity of pals and acquaintances without having to get into too many details or “burden” any one friend unduly.

This was obviously a dumb plan.

Having been a bastion of stability and sobriety for twenty-nine years, I was now spiraling out of control in both areas. I was too anxious to talk with people about my situation and wouldn't allow myself to stay with anyone for more than a couple of nights, for fear that I would have to fess up to having passed out on the L train a few too many times—or talk about how I was feeling.

And in the frenzy of this day’s speeches and events—a day that should have been one of the greatest—I had once again forgotten to arrange somewhere to stay.

I pulled out my phone. It had only 1 percent battery power left.

I frantically texted my friend Nat to ask if I could crash. The phone died.

And then, as if the universe was filming some sort of tragic movie, the clouds above New York began spilling their guts.

I slumped down onto the curb. Sitting there in the rain on the corner of Ninth Avenue and Fourteenth Street with the backpack that contained my entire life, I broke down.

I had never felt this alone.

All the years of work I’d put in, all the hours and weeks and months and sacrifices to get to this day that should have been so happy. Everyone in that auditorium thought I was such a success. Everyone at SoHo House assumed I had everything going for me.

I couldn’t feel more opposite.

After a few minutes and more than a few deep breaths, I fumbled around my bag for the keys to my office and started a rainy two-mile trudge.

Two important things—besides saving up enough to get back into an apartment again—helped me bounce back from that awful time.

They were two people, in fact.

The first was a man named David Carr. He was a columnist for the New York Times who, after writing about my company a year before, had subsequently become a friend.

Shortly after that night at Soho House, I was trudging around New York with my backpack of belongings to kill time until I could crash at friend’s house instead of the park bench I’d slept on the night before. My cell phone rang; it was David’s raspy voice. He launched into whatever it was he had on his mind, but after a moment, he stopped. Something was wrong.

For whatever reason, this was the day I decided to crack. I told him everything, all the gory details. He listened, said a few curse words on my behalf, and told me about the times that he—a former crack addict with a divorce and a few jail stints under his belt—hit rock bottom himself. And then he said the words that no one else had had the guts to say.

That acknowledgment brought a wave of relief. Avoiding the pain was only prolonging it.

That acknowledgment brought a wave of relief. Avoiding the pain was only prolonging it. And besides, if he’d been through things like this and become the world-famous writer and happy family man that he now was, I didn’t have to worry that I could pull myself up, too.

(Devastatingly—for many, many more people than just me—David passed away a couple of months after this. But he kept checking in on me until then. I’ll never forget him.)

The second key person in my bounceback was my apprentice, Erin. She had signed on for a few months to help run things at my company while between a couple of her own ambitious ventures. Unbeknownst to me when I hired her, she was also a spiritual giant with a heart of gold.

As people at work started to hear rumors about what was going on, I got lots of “Are you all right?” and “It’s going to be okay.”

But Erin said what I actually needed to hear.

“Allow yourself to feel everything you’re feeling right now,” she told me. “Let the hurt move through you. Then you can move on.”

The best way to make progress when the going gets tough is by relying on others.

Learning to do what David and Erin advised not only helped me move through this tough time, but it has helped me get through every big setback since. It's not easy to talk to people about the deep, terrible emotions you're feeling during hard times, or to admit to yourself that you are not as bulletproof as "successful" people are supposed to be. But doing so has helped me move forward instead of staying mired in my own fear when things get rough.

But the real lesson that I learned about resilience during my hardest time, if I’m honest with myself, is not about any particular coping mechanism. It's that the best way to make progress when the going gets tough is by relying on others.

Or, as Grant and Sandberg write in the final line of Option B: “By coming together and supporting one another, we can bounce forward and find joy again.”

Shane Snow is an author, journalist, and co-founder of Contently. If you liked this post, subscribe to his monthly Snow Report about science, humanity, and business.