“As I moved forward, I was faced with an enormous challenge: figuring out how to survive while grieving a lifetime of loss.” 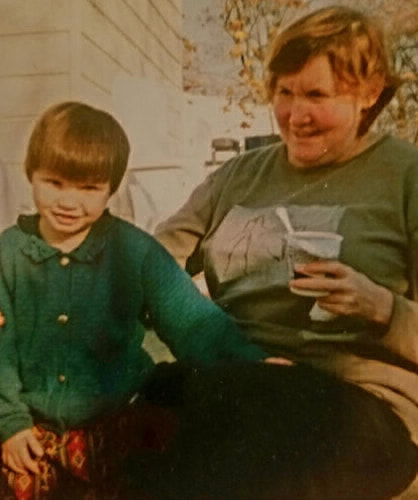 I remember the moment my mother became mysteriously ill at a family gathering. A full week later, she was admitted to the hospital. It was the beginning of a road I had not seen coming. We were devastated for so many reasons, but managed to carry on. It has challenged us to discover joy in different ways. We have found purpose and we are sharing this purpose with others. Today, I marvel at how precious life is and I am grateful for this journey.

I was not aware that anything was wrong, other than a noticeable tremor in my mother’s hand. I don't remember exactly when the tremor began, but I do remember it appeared suddenly one day and never left. She had a steady shake that became worse when she was holding a cup of coffee or when she was intensely focused on an activity that required fine motor control. I brought it to her attention on multiple occasions, but each time she reassured me that her doctors were not concerned. There was not much else I could do.

The first time I suspected something was very wrong was when when we were driving home from the family celebration. Her general appearance changed and over a period of several months she began experiencing neurological symptoms. As her symptoms worsened, she became increasingly agitated, as her ability to complete normal, everyday functions slipped away at an alarming rate. The week prior to her hospitalization, I checked in regularly and noticed that she didn’t appear to be her usual self.

My mother nearly died from an unintentional overdose after she had been on medication for decades to treat her mental illness. I never knew that she was ill during my childhood. Suddenly, things that I thought were just quirky about her explained her erratic behavior.

As I moved forward, I was faced with an enormous challenge: figuring out how to survive while grieving a lifetime of loss.

As the weeks turned into the next year, my mother made a staggeringly slow recovery both physically and psychologically. Over the next five years, she slowly processed her illness.

As I began healing, I noticed a change in myself. I felt more present in my life. Little by little, I found my desire to start living again. The things I once enjoyed slowly reappeared, and I happily rediscovered little pieces of myself.

I was 13 years old in 2004 when I saw a documentary called “Born Into Brothels.” A British photographer traveled to Calcutta's Red Light District to photograph prostitutes. She met their children and started teaching them photography. Witnessing the children's resilience was invigorating and I was inspired by how this art could take them to new heights. Ultimately, this documentary led me to become a photographer.

The things I once enjoyed slowly reappeared, and I happily rediscovered little pieces of myself.

Fifteen years later, the art that I have always seen as a hobby is my vehicle for change. For me, the beauty of photography is its ability to inspire others. I’ve come to realize that I can use it to bring awareness and hope to others struggling with mental illness and help them understand that they are not alone.

Therapy has also helped take me out of my darkness and move towards healing.

Every day, there is a chance to start again. Therapy has given me a renewed sense of hope, even on the hardest days, when my grief and anxiety about the future feel overwhelming.

I am grateful for my conversations with my therapist. I trust and admire her, and appreciate her precise observations; she has helped me find ways to cope with my mom's illness. With her encouragement and guidance, I have grown immensely and learned to process my memories in new ways.

Therapy has also helped take me out of my darkness and move towards healing.

Trusting others is something I never learned to do, but I am practicing in therapy.

I had never trusted anyone with the deepest parts of me before, but I found that once I talked about my innermost pain, my healing could begin.

I had worked so hard to move on from my grief, but therapy has taught me that moving on doesn't mean having to forget. I can still live my life and embrace everything that is in store for me. Love doesn't know when I make a mistake; it just knows when I'm doing it right.

Tatiana Radonsky grew up in Boston, Massachusetts. She attended Lasell College, where she earned a B.S. in psychology and a double minor in communications and child and adolescent studies. She is currently pursuing a specialty in child life, working with children challenged by complex medical illnesses.