“Before the cancer I put 100 percent into everything. But afterwards I pushed myself to put in 120 percent.” 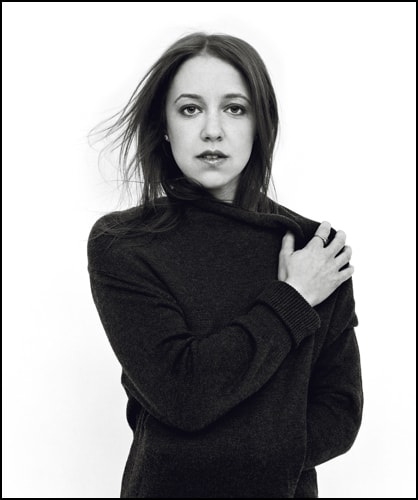 I was fourteen when I found a lump on my neck. I woke from the biopsy to the sound of my mom crying. The diagnosis was Hodgkin’s lymphoma.

I started aggressive treatment. During that time, my family was everything. When I got home from surgery, my brother and sister had created a new bedroom for me. They filled it with cards, notes, teddy bears, and gifts from friends and family. That bedroom became a safe haven.

The sickness from chemo was intense. But the worst thing was losing my grandfather during chemo. I wasn’t able to fly to his funeral and say good-bye.

Looking forward to seeing these people in the hospital made me dread going less.

Losing my hair was hard too—even harder than throwing up every day. I was given a wig through a nonprofit, which helped. But I had to wear a hat or bandana with it. I felt self-conscious. My friends began wearing hats and bandanas in solidarity. They made me feel less alone.

The hospital introduced me to a boy my age who was receiving chemo too. He understood what I was going through. I also made friends with the nurses. Looking forward to seeing these people in the hospital made me dread going less.

When I wasn’t too sick, I tried to create a sense of normalcy. My friends came to visit. We’d play a card game or they’d catch me up on what was happening outside the hospital. That brought me some joy. It’s a cliché to say you have to take it one day at a time, but you really do. Just focus on the hours in front of you.

It felt like a weight was lifted off my shoulders. Before that, I had felt ashamed.

I was still having radiation therapy when I went back to school. So it felt like a huge accomplishment when I graduated from middle school and performed in my ninth-grade dance recital. My coach put me at the front of the stage in "A Chorus Line"—bandana and all. That meant everything to me at the time.

During treatment, I didn’t talk much about my feelings. I internalized a lot; I felt angry. Why me? I thought about it constantly, but I still wasn’t talking to anyone. That’s when I started journaling. In high school, I wrote and spoke about it publicly for the first time. It felt like a weight was lifted off my shoulders. Before that, I had felt ashamed.

After the cancer I had a completely different outlook. I wanted to make the most of every moment. Before the cancer I put 100 percent into everything. But afterwards I pushed myself to put in 120 percent—no matter how difficult the task. I went to SUNY Albany and graduated with a 4.0 GPA, and now I’m happily married. After what I went through, I just feel lucky to be alive.

Kyra was born and raised in Queens, NY. She is the youngest of three and has always had a passion for dance. She attended college at SUNY Albany, where she majored in Accounting and went on to become a CPA. Kyra and her husband Dave both work and reside in Manhattan and enjoy the adventures of city living.