“Being able to forgive brought me peace—and that lesson continues to impact my life.” 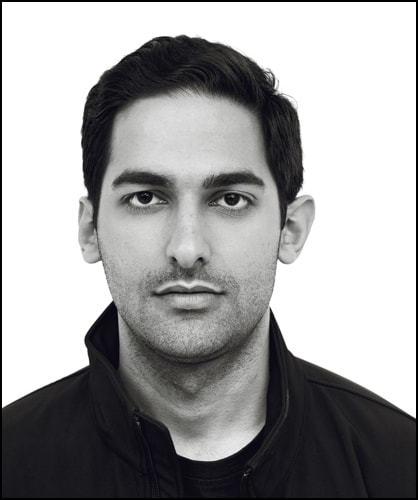 Although I was born in Brooklyn, I spent 10 years living in Lebanon. My family moved to Massachusetts in 2006. I had always dreamed of coming back to America. But as we drove up to our new home, in one of the poorest and most crime-ridden cities in Massachusetts, I realized that this was not the America I had imagined.

When I enrolled in school, my parents told me not to tell anyone I was Arab or Muslim. “Just tell them you’re an American citizen,” my mom said. However, I brushed off her advice and was open about my origins. I wasn’t as aware then of the misperceptions that Americans had of people like us after 9/11.

I realized that this was not the America I had imagined.

I came into homeroom one day and saw a bunch of my peers huddled around a desk. I went to see what they were looking at. It was a photo of me printed on a flyer with the words “Call 1-800-Terrorist to report this person.” A group of kids had printed hundreds of these flyers and handed them out all over school.

I was overwhelmed. Just as I started to feel tears well up in my eyes, my teacher led me out of the classroom. She saved me from breaking down in front of everyone. My mom was called to the school, and she demanded that the students involved be punished.

When the principal asked me what I wanted to do, I said I didn’t want them to be punished. My mom was outraged. I just wanted to put it all behind me. Then the principal told us that the culprits would be given a short suspension and asked to do community service. I found out later that none of them actually faced those consequences.

Strangely, I didn’t feel angry. I was just confused and sad about the whole thing. My mom pulled me out of school for a few days, which was unusual. She took education very seriously. My siblings and I were never allowed to miss school, even if we were sick.

Going back to school was daunting, but I value education just as much as my mom. I wasn’t going to let the flyers derail my plans to go to college.

And that determination helped me get through it all.

I had faith that things would normalize. In the meantime, I just wanted to maintain my friendships and focus on my academics.

On graduation day, one of the kids who made the flyers asked to sign my yearbook. He wrote a very heartfelt note expressing his regret about what happened. We shook hands, and I forgave him. It gave me closure. Since then, whenever I see him, we have a genuine conversation. Being able to forgive brought me peace—and that lesson continues to impact my life.

Moussa is a third-year student at Boston College Law School. He attended Bentley University for his business degree. A U.S.-born citizen and proud son of naturalized parents, he's the youngest of five children, including his twin sister. As a student, Moussa has worked on immigration, social enterprise, LGBTQ, union, and Arab-American issues.