“Through it all, I’ve tried to focus on the cup being half full instead of half empty. Sometimes, my cup overflows.” 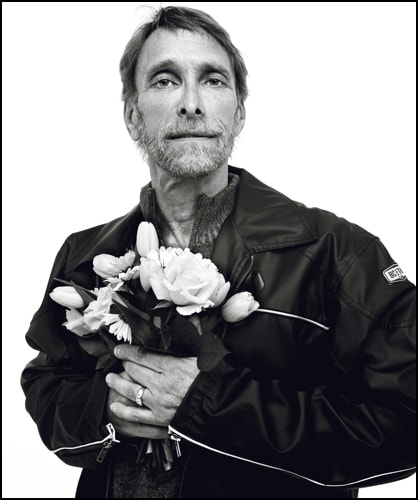 I’ve survived five cancers and been a widower twice. I’m a long-term HIV survivor. I’ve seen a lot of death and loss.

When I was diagnosed with HIV in 1984, it was the second terrible secret I had to keep. The first was that I was gay. As a teenager in the 1970s, society told me that being gay was aberrant. So I kept my identity hidden. But HIV was an even more terrifying secret. People with HIV were stigmatized and discriminated against. Healthcare workers sometimes refused to care for AIDS patients. And there was no treatment. I felt completely isolated and afraid.

In the 1970s, society told me that being gay was aberrant. So I kept my identity hidden.

In 1990, I watched my best friend Jim die of AIDS. It was horrible to watch someone I loved suffer like that. It was a turning point for me. Jim’s death gave me the courage to come out as a gay man with HIV to family and friends. My parents were terrified, but they loved me no matter what.

In the 1990s, I got very sick. I was fortunate to be accepted into the first clinical trial for protease inhibitors. They suppressed the virus, and I got healthy again—a miracle. But soon after, I was diagnosed with two cancers: leukemia and stage four Non-Hodgkin’s lymphoma. My weight dropped to 110 pounds and my doctors thought I’d die. But I joined another clinical trial. Again, I got better.

As I battled cancer, my partner of ten years, Jon, was getting sicker with complications from AIDS. He died in 2001. I was utterly devastated.

My best friend Jeff helped me cope with Jon’s loss. We fell in love and I thought that he was my soulmate. But Jeff also had HIV. He died in my arms at our home on February 16, 2003. It was the darkest moment of my life. I just couldn’t see my way to a future. I didn’t want to.

It wasn’t until I met Chris that I started to find hope again. Meeting him was like having the sun come out. At first, I was hesitant to be with him, because he is HIV negative. But we talked to my doctors to make sure we did everything we could to keep him safe.

Chris has supported me through so much: the deaths of my parents and sister, and two more brutal cancers, including a stem cell transplant. Again, I was given only a fifty percent chance of survival. Again, I survived.

I have survivor’s guilt and post-traumatic stress, common among long-term HIV survivors. I feel conflicted that I survived—and I haven’t just survived, I’m thriving. I’m deeply in love with Chris.

I get an amazing sense of purpose from my work for a program called Positively Speaking. I go to schools and talk with young people about self-love and safer sex. It’s a way of honoring Jim and Jon and Jeff, and all of the people I’ve lost.

Through it all, I’ve tried to focus on the cup being half full instead of half empty. Sometimes, my cup overflows. I believe I’m wired by nature to be a happy person—ever since I was a baby, I’ve been nicknamed “Smiley.” I was so lucky to be in the clinical trials that saved me. I receive so much support from so many. Each morning, I think of all the things I’m grateful for, despite all the hurdles I had to overcome. I’m the luckiest person in the world.