“How was it possible to go on with your life after losing all that you had known and loved?” 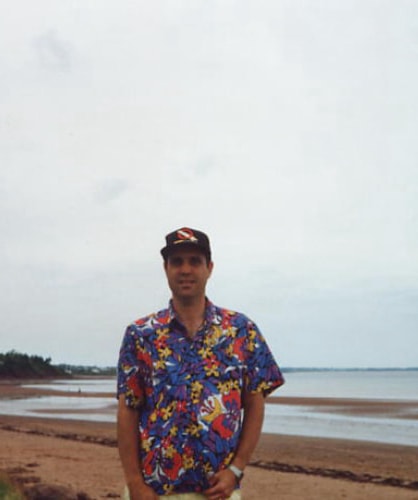 “What’s this Holocaust kick?” my husband, Bill, asked as he picked up his water glass. We were eating dinner alone in a quiet restaurant, a rare occasion for the parents of two young sons. The question was posed in a casually curious voice, as if he was asking why I switched laundry detergents. It surprised me.

Before that moment, Bill had not seemed to notice my ever-growing stack of Holocaust books. My passion for reading, and aspirations to write, languished at the bottom of conversation topics. Like most married couples, we usually talked about our kids or our house or plans for the next vacation. Except that night, as dinner was served on a white tablecloth, we discussed my appetite for Holocaust stories.

I am not sure which autobiography got me hooked. Maybe it was All but My Life by Gerda Weissmann Klein, maybe it was Ruth Minsky Sender’s The Cage. I read so many firsthand accounts, it was hard to pinpoint what year my taste for the topic turned into outright hunger. All I know is that during the 1980s, I couldn’t read enough stories about people, particularly women, who had survived the concentration camps of World War II.

How was it possible to go on with your life after losing all that you had known and loved?

Note I said “survived.” I didn’t read as many histories. The books I devoured were by people who had lost their family members, their homes, even their countries. They emerged from the horror of World War II with only prison uniforms on their backs. Yet they left Europe, learned new languages, married, and raised new families. Quite a few managed to have extremely successful careers. It was astounding to imagine. I read book after book, anxious to know the secret. After the war, some survivors learned they were the single exception to the destruction of their entire town. How was it possible to go on with your life after losing all that you had known and loved?

My armchair research ultimately led me to like-minded individuals and active participation in Holocaust education. I taught classes to seventh and eighth graders, helped organize citywide Holocaust memorial observances, and interviewed survivors for a video history project. And then I began writing—poems, short stories, and a book for children entitled The Grey Striped Shirt.

The book was published by Alef Design Group in 1994. It was my first book—an achievement I had dreamed of for years. But there was no book party or celebration. I was in mourning.

Bill had died suddenly from a massive heart attack.

My husband’s death in our home, literally in front of my eyes, left me emotionally paralyzed, reliving over and over the terrible moments before the ambulance arrived. I was uncertain if I could go on, if I wanted to go on. But I had two sons depending on me. A teaching job with students waiting for me. And the publication of my first book, which I had sincerely dedicated “to those who rebuilt their lives and created new families after suffering unbearable loss and hardship.”

On an especially hard day, my oldest son, who was thirteen at the time, reminded me of this.

"Mom. Think about the people in The Grey Striped Shirt. They went on with their lives. They had courage. You can, too."

My son’s words not only humbled me, they startled me. Like any anxious aspiring children’s writer, I had forced my relatives, particularly my own children, to read my work. This didn’t mean I’d expected a thirteen-year-old boy to better understand the message of my book than I did. How could I dissolve into grief after praising the resilience of Holocaust survivors in both my teaching and my writing?

As a wife and mother of two, living in the suburbs in a comfortable middle-class home, I had little experience with death. My grandparents had died before I was born, and I had only attended one funeral of an elderly relative before I buried my husband, Bill. At thirty-seven, I was suddenly a widow who had never personally witnessed a relative resuming their lives after the loss of a loved one. My family had no role models to offer me. But the survivors of the Holocaust did.

Survivor stories showed me it was possible to have a life after adversity.

Inadvertently, through studying the darkest period of Jewish history, I had armed myself with tools to help me handle my loss. Survivor stories showed me it was possible to have a life after adversity.

As my son reminded me, I could be like the people I admired. I could build a new life for myself. And I did. I remarried and raised my children with a loving stepfather.

Jacqueline Jules is the author of Stronger Than Cleopatra, a series of narrative poems describing her journey as a widow, coming to terms with loss and moving forward with a new love. She is also the author of forty books for young readers including The Zapato Power series, The Sofia Martinez series, and Never Say a Mean Word Again. Visit her at www.jacquelinejules.com.