“I believed that I could do anything, no matter how preposterous it seemed.” 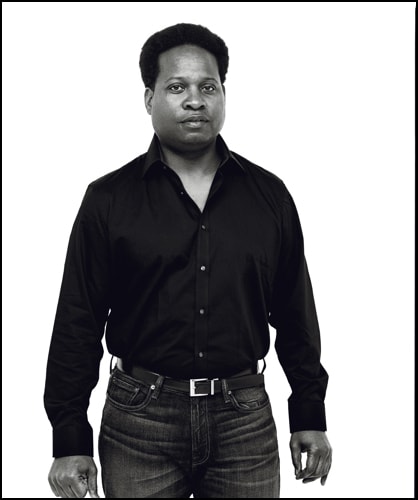 When I was eight, my mom abandoned my siblings and me. She left us in a hotel room. She said she was going to go do laundry, but she never returned. We were there for two days. We had no food. The power was out. We sat in the dark, waiting for her to return.

The authorities found us, and we were split up and sent to different foster homes. I ended up in an orphanage in Carson City, Nevada.

On many nights I cried myself to sleep, wondering why I wasn’t wanted or loved.

At the orphanage, I learned from other kids’ mistakes. Kids would go live with foster families. They’d steal, get in fights, cuss out the parents, and lose their new families. I vowed that I would never do that. No matter what happened, I would keep my cool and work to stay with my foster family. After four years in the orphanage, I was fostered by the Lopez family. They’ve been my family ever since.

Life in foster care taught me how to read people and build relationships. I learned to do a lot of listening—not a lot of talking. I was exposed to difficult people. I would file away knowledge about them in my mental database. Those people skills have helped me ever since, particularly in my recruiting career.

They showed me that they believed in me.

My community invested in me, too. I spent most of my childhood fostered in a small town, so everybody knew me. Folks would invite me to their homes for Christmas. They helped me get internships and jobs. They showed me that they believed in me.

But more than anything else, my belief in myself has kept me going. It came out of an epiphany. I was in foster care, sitting under the bed, trying not to cry. At that moment, I told myself that I was going to make it.

From then on, I believed that I could do anything, no matter how preposterous it seemed. I told myself I could go to college even though I’d missed tons of school and was in special ed classes until high school.

I had no money and no resources. But that didn’t matter. I believed that I could do it.

My mom left me in that hotel room, but I have been able to find my success. My mom’s life was so unstable, so unpredictable. I feel fortunate that being in the foster care system allowed me to learn more about the life I wanted to make for myself.

I’m incredibly lucky to be where I am now. I’ve been married for 16 years. I have two wonderful sons. I get to travel for work, and in recent weeks I’ve been to Mexico, London, Edinburgh, and Berlin. I find a lot of joy in simply being alive.

Stephen Thompson is a technology executive at Amazon whose work focuses on finding the most elite talent in artificial intelligence for some of the most cutting-edge technology companies in the world. A distinguished leader in the technical recruiting industry, Stephen is dedicated to identifying engineering leaders in machine learning, distributed systems, and analytics who enjoy associations with some of the top research universities, including MIT, Stanford, and UC Berkeley. Prior to his time at Amazon, he was instrumental in helping the LinkedIn, Google, and Apple organizations grow dramatically. Stephen has run for public office, worked as a wildland forest firefighter, appeared on the cover of USA Today, and been interviewed on television and radio shows. He has also enjoyed a short stint as a commentator on a nationally syndicated sports radio talk show in the Bay Area. Although Stephen's career is now thriving, his beginnings were anything but exceptional. He’s also a survivor of poverty, homelessness, and abuse. As a young boy, he was abandoned in a motel by his drug-­addicted mother and then entered the foster care system, where he remained throughout high school. Stephen’s resilience centers around how one person, a family, or an entire community can make a remarkable and life-­changing difference in a child’s life. Aligned with theories of the importance of resilience and the impact communities can have, his story is a road map for how to not only survive a life calamity, but thrive.