“Because of my reflection, I have new strategies to employ before the grief takes control of me.” 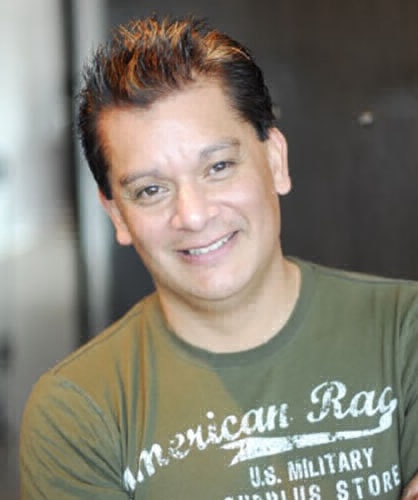 I lost my mother in August 1998 following a three-week illness. The first anniversary of her death was more overwhelming than I could have anticipated. Over the next sixteen years, the anniversaries became easier to cope with, for which I was grateful. However, something started happening to me shortly following the seventeenth anniversary in 2015.

Early in the fall of 2015, I was hit with depression and anger over my mother’s death. I found myself struggling to reconcile and find logic as to why she had to die. During the first few months of 2016, there were days when my depression was so great that I would go from my bed to the couch and watch TV all day.

Never had I experienced the grief over her death the way I had for what was turning into a year.

I’m not quite sure when it happened, but I realized I had yet to allow myself to fully grieve. These were thoughts, feelings, and emotions I hadn’t fully dealt with—I had pushed them to the back of my heart, mind, and soul whenever they would surface. At the time she died, I was beginning my career. I didn’t have time to grieve. But eighteen years later all those emotions resurfaced.

I discovered my grief was multi-faceted.

It consisted of and consequently required dealing with three buckets of thoughts/memories that could trigger varying degrees of emotional responses.

The second bucket held all of the emotions associated with who she was as a person and what she gave me through unconditional love, ongoing support, and full acceptance of who I was. She was the person who always understood me, who always listened to me, who had all the answers, and who could provide comfort during the times I experienced uncertainty. I longed for that wisdom and knowledge she always had for me, no matter the situation.

I never want to stop grieving for her, because it ensures I remember the wonderful woman and mother she was.

The third bucket contained the emotions associated with the fact she didn’t get to have a future. She never got to see and celebrate how her investment in me paid off. Everything I am today is because of what she did for me, whether it was the financial investment she made in my education or being a source of strength and encouragement when I doubted my ability to succeed. These investments opened doors I never would have imagined. It isn’t fair she was cheated out of what would have validated her most as a mother. She had done an incredible job.

How I’ve Learned to Deal with Grief

For Bucket #1, I draw upon my intellectual understanding of the situation to get me through the resulting emotions. The fact is, had she lived, she wouldn’t have had any quality of life—so that future I miss for her would likely never have happened. I’m very much at peace knowing that she didn’t have to suffer any longer than she did, and that she’ll never have to suffer like that again.

I’ve learned to deal with Bucket #2 by remembering that she’s still with me in my heart, and that all of the advice she gave me and all of the lessons she taught me are actually still there to draw upon whenever I need them. In terms of Bucket #3, I focus on leading a life that honors her and would make her proud, so as not to waste her investment.

Where Am I at Now?

Learning the importance of grief, of how to grieve, and of how to deal with that grief has been both transforming and renewing for me. I never realized how long and to what extent it had been weighing me down emotionally. I had never taken the time to understand the different ways I had been missing my mom—especially during that year leading up to the eighteenth anniversary of her death. Once I was able to understand that my grief was based on missing her in three distinct ways, I was able to take steps to address each one in ways that were uniquely tailored to the source. I continue to grieve for her. Some periods of grief are harder than others. But I never want to stop grieving for her, because it ensures I remember the wonderful woman and mother she was. However, because of my reflection and the resulting understanding, I have new (and healthy) strategies to employ before the grief takes control of me.