“I had always thought, ‘What’s in it for me?’ But seeing these volunteer teachers inspired me to give back.” 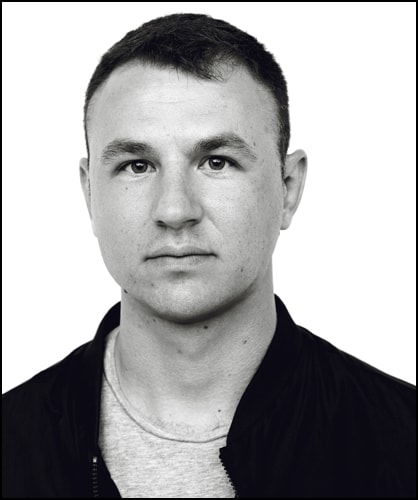 I was eighteen when I got arrested for the first time. It was a carjacking offense. Over the span of a year, I was put in two county jails and a reception center in Deuel Vocational Institute. I served some time there and got out on probation. Then I got caught for possession. I was sent to San Quentin to finish the remainder of my sentence.

When I was in jail, I managed to maintain my sobriety. I didn’t even realize I’d been sober that long until someone at San Quentin asked me. I think I got cocky then. I relapsed into drug use.

That was always my biggest struggle. I continued to fall into my old ways.

When I met Gagik, my perspective changed. He was a lifer at San Quentin. We ended up spending a lot of time together and found common ground. I was fascinated by his love for God. I’d grown up in a Christian family, and we shared our stories. He pushed me to strive for more. I wanted to make positive decisions.

Once I had momentum, it was easier to do better. I stayed busy by working. I felt motivated to do my best in every role. I worked in the kitchen. I worked in the library. I worked in the machine shop. But even with work, cutting drugs out left me with a lot of time on my hands. That’s when I found Prison University Project (PUP), a program in San Quentin that provides inmates with access to higher education courses.

I developed a hunger for learning—one I never had when I was in school. I’d always felt discouraged when I was younger. I didn’t think I’d be anything more than a felon. But through PUP, I realized I could thrive academically.

I attribute my success in the program to my teachers. Almost all of them were volunteers. That made a huge impact on me. I started to think about what I had been doing up to that point—I had just been taking. I had always thought, “What’s in it for me?” But seeing these volunteer teachers inspired me to give back.

I ended up becoming a clerk for the program in San Quentin. When I got out, they asked if I wanted to continue to be involved. Today, I’m a program assistant. I’m also enrolled in physics, microeconomics, and English reading courses. And I’m working toward my associate’s degree with the hopes of transferring to a four-year college. I’m leaning toward becoming an engineer. I can only say that because of the PUP volunteers who helped me get here.

Without them, I would never have gotten this far.

Dmitriy lives in Sacramento. He has a passion for learning, which was ignited by the Prison University Project. Currently, he is taking classes at the local college and plans to transfer to a four-year university. In his spare time he enjoys entertaining his taste buds with new cuisine, chilling at the ocean, listening to music, watching movies, and relaxing with his family.