“I had lived through the end of the world before I had even experienced truly living in it.” 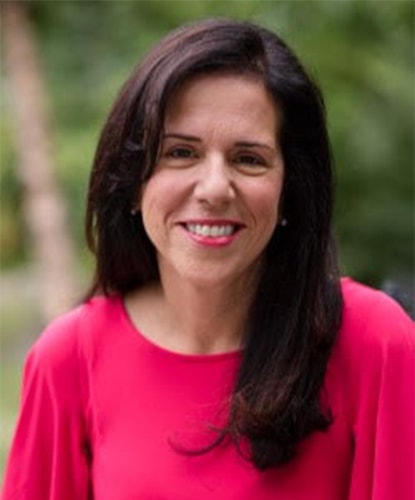 At twenty-four years old, my life as I knew it was over, and the seasons had not even changed.

I purchased my first pair of black sunglasses in the fall of 1990, when my mother deteriorated from being my articulate, vibrant, closest friend to someone who did not even recognize me or know my name. In September, Creutzfeldt-Jakob disease, a rare brain-eating disorder of unknown origin, had arrived without warning and quickly took her life. In the weeks that followed, the tornado that had engulfed my family grew darker and more violent. It continued to pummel my brother, sister, and me, and slammed us to the ground for a second time. When I looked up, depression and despair had swept away my father. Six weeks after my mother died, he took his own life in our home. At twenty-four years old, my life as I knew it was over, and the seasons had not even changed.

When I crawled out of the wreckage of my first life, there was little left: no home, no parents, just my siblings and me. My face was pale and expressionless, and my eyes were swollen shut. When I could finally open them, I had to survive in a world that had continued on without my parents. I did not know anyone my age who had lost both a mother and a father. I ached for someone who knew to tell me that I would be all right. I struggled to hear my mother’s words of inspiration, that “most things are correctable, so never give up” and “this too shall pass.” But this was not correctable, and this would not pass. I had lived through the end of the world before I had even experienced truly living in it.

I hoped that if I looked composed and confident, then maybe I could be. I immersed myself in my third year of law school; it was a remnant of my old life that offered structure where I now had none. I was calm and measured because I had to parent myself. My new definitions of “bad” and “heartache” were unimaginable to most twenty-year olds. In every crowd, I still searched for my parents. While my friends dreamed of prestigious jobs and carefree evenings, I prayed to someday recreate the thing that mattered most to me: a family. I did create that family when I married a kind and loving man who still had the hope and innocence that I had lost. Our three beautiful children illuminated my world that had been devastated by darkness.

A quarter of a century has passed since my parents died, but last year I had to bring out my big black sunglasses again. I wore them to my firstborn son’s high school graduation. That day, I was grateful for the rain. The graduation was moved indoors, and I was spared the agonizing sight of the graduates proceeding across what would have felt like endless miles of grass to the stage. I was prepared to cover my ears, as I could not tolerate much of the melancholy “Pomp-and-Circumstance” dirge: an ominous signal that time is up. It was eerily reminiscent of my parents’ funeral processions.

This, too, felt like an end, and I was afraid of what came next.

As my six-foot little boy walked into the gym, my eyes welled up. “How is it possible that my little pal is now a young man in that cap and gown?” I wondered. I tugged at my glasses, making sure they were on tightly. Then they called his name for his diploma. The blaring enunciation of his first, middle, and last name—the same name that my husband and I spent hours choosing—reverberated throughout the gym.

I stared at the little blond boy sitting next to me wearing a Thomas-the-Tank-Engine T-shirt and holding a train. “Didn’t I just buy that same shirt for my son yesterday?” I thought. Some days I would have done anything to hide from the No. 1 engine, but now I would give anything to spend time, just the two of us, in the simplicity of a train game. In front of me, two boys were crumpling up the program and pretending to shoot baskets through one another’s hands. I had intercepted many paper basketballs so they wouldn’t land in my daughter’s hair, sparking the next world war. Whenever I caught a glimpse of these boys, I could see my son's face on their bodies. He was everywhere, but right now I had to grasp that he was on the stage graduating from high school. I was elated for him; he was ready and completely capable of traversing adulthood. At the same time, I was heartbroken for me, struggling to imagine this loss. How would I look at family pictures that would be minus one or set a table for only four? In my bones, I remembered the anguish of living in a house where someone is missing.

After graduation, I savored every summer backyard barbecue and baseball game on the beach. I hoarded as much family time as possible, keeping the favorite parts of my world within my reach. I heard every breath; every moment was amplified; the fear of loss loomed over every joy. I had been robbed of time with my mother, so all I wanted was more time with my children. When they were born, the unconditional, beautiful love between mother and child was reborn, only now I was the mother. I did not know if I could survive losing any part of this.

As the nights grew cooler and the days shorter, I knew it was time for him to leave for college. With one hand I slowly opened his dorm door, with the other I quickly put on my sunglasses. The dark lenses blurred out the memory of opening his door in the nursery filled with Winnie the Pooh wallpaper and a big honey pot mobile. As I made his dorm bed, I hoped that he would stay warm in the winter. I placed the vacuum and detergent under his bed, knowing that no one vacuums in college. I was fighting for one more time to feel like I was his mom. "He's only two hours away. He's only two hours away," I told myself as I walked out of his dorm. For me, tragedy had blurred the line between leaving and losing. When I drove away, I turned my hazard signal on. I knew that at any moment I could slam on the brakes or weave into another lane. How could I drive if I could barely breathe?

Despite all my loss, I had created my dream, my children. I finally understood that this time was different. Nothing was lost. The time had just come for me to share a part of my dream with the world.

As a mother, I never won an award for my chocolate chip cookies or Halloween crafts. My talent was that I was always present. From the moment each of my children was born, whenever I was given the chance to be there, I was. I cherished every moment, and I never wanted them to be alone and heartbroken looking for me in a crowd. When my children were young, I told them, “Use your inside voice, not your outside voice.” Now it was my turn to listen to my inside voice. It gently reminded me, “You have been his biggest fan from his first T-ball game to his regattas. Why are you going to stop now?” It cautioned me not to listen to anyone who said, “Don’t call or text him, he has to figure it out on his own. Don’t intrude: this is his life.” I was rooting for him at every turn, so how could I ever be an intruder? I wanted him to be independent, not alone. I knew enough not to invite myself out with his friends. I looked forward to every phone call, where he would tell me about his rowing team, or we would discuss politics. We were old friends sharing exciting news, valuing each other’s opinions. Every time our family was together it was like Christmas morning, unwrapping the gift of our connection. All those years of family outings, just the five of us, all the lengthy kitchen-table conversations had added up to an unbreakable bond. Despite all my loss, I had created my dream, my children. I finally understood that this time was different. Nothing was lost. The time had just come for me to share a part of my dream with the world.

This week, his freshman year is over. In a short time, he figured out how to do his own laundry. It took me much longer to figure out how to open the door to his empty bedroom and walk in. When I saw children getting off the school bus that he was no longer on, groups of trick- or-treaters that did not include him, and someone else racing in his seat on the crew boat, I continuously reminded myself that he was at college. This was different, and I would see him again. Simple words, yet not obvious when you are missing a part of your being.

In the next few years, I will take my sunglasses out of hibernation when my other two children graduate. For now, I have learned to celebrate being present, however that looks. A few of my friends have children graduating high school this year. I am sending each of them a pair of big black sunglasses. Some may not need or choose to wear them as often as I do. As I hand the glasses to the postal worker, I request, "Please stamp ‘fragile, handle with care.’" She thinks it is for the parcel, but I know it is for the mom receiving them.