“For anyone who has experienced a great loss or setback, you will laugh again, you will smile again, and you will find joy.” 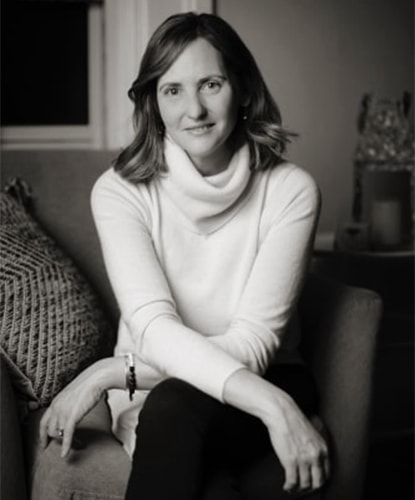 January 24, 2013. It is a day that will be etched in my mind for the rest of my life. What started out as a typical winter day ended with a call from my mother: my father had died unexpectedly.

Life as I knew it was never going to be the same again.

I had just left work and my three children were with a babysitter. I frantically drove to my parents’ home and pulled up to find an ambulance and multiple police cars. My father’s room was filled with a sea of men in uniforms. There he was, dead in his bed at 62 years old, with absolutely no warning. I screamed, cried, and fell to my knees as the stoic men offered their condolences. No daughter should ever have to watch as her father is wheeled out on a gurney in a black bag. Life as I knew it was never going to be the same again.

The days, weeks, and months that followed are mostly a blur. I was going through the motions, but not well. I was a single mom at the time, with three children under the age of eight, and worked full time. Fear, anxiety, and depression followed me. Who was next? Me? One of my children? When I wasn’t crying from a pain so deep I never thought I would recover, I became withdrawn. I was scared. No more laughter, no more having fun.

I wasn’t living; I was barely existing.

I am not sure what brought me to this place, but one day I decided I could not do this to my children. I stopped watching the news and started to key into every positive story, affirmation, book, anything I could get my hands on. I was desperate to find my smile and, more importantly, my happiness. On most occasions, thinking of my father ended with me in tears. However, I remembered a phone call my dad would make during the summers their friends would come to Chappaquiddick, a small island off of Martha’s Vineyard, where my parents lived year-round. Their friends would invite them over for a lobster bake. My dad was notoriously frugal, and rarely treated himself to lobster dinners. He would call up and, with a smile that you felt through the phone, say, “Hil, I wait all summer to get happy on Chappy!” It was the first time since his death that I smiled.

The community of those suffering from profound grief is a terrible club to become a member of, but it comes with the most amazing members.

I started a company with my now-husband called Chappy Happy, in my father’s memory. It was imperative to me that his story did not end with his death. It was also extremely important to me that we help other people who have lost loved ones or who have a simple need to remember to live each day to the fullest. Our motto is “Let Life Smile,” and for anyone who has experienced a great loss or setback, I’d like you to know that you will laugh again, you will smile again, and you will find joy. It may seem impossible, but you will. We will never be the same, nor would we want to be. I have found that the community of those suffering from profound grief is a terrible club to become a member of, but I have also found that it comes with the most amazing members.

Hilarie Lally is a Mom and entrepreneur. Hilarie is building a lifestyle brand, Chappy Happy, in memory of her Father, and serves as co-founder and CEO. She has worked in leadership roles for companies in Boston, and New York City. She is dedicated to helping others in her surrounding community and hopes to form a strong relationship with The Moyer Foundation, their mission is to provide comfort, hope and healing to children and families affected by grief and addiction. She currently splits her time between Upstate New York and Martha’s Vineyard with her husband and three children.