“I was left with a choice: be the real me or die.” 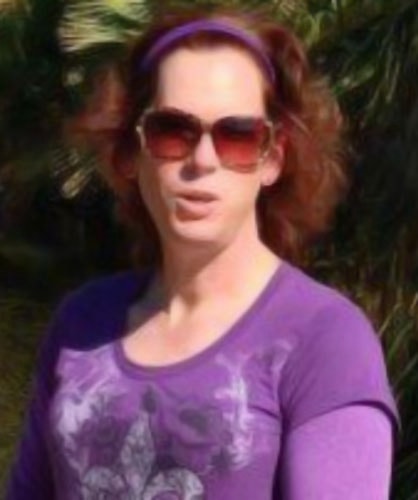 I find myself in an unusual situation.

This was not the first time she came out, which happened when I was seven. I already knew I was different from my two brothers and sister. When Dad came out as a woman, I thought that maybe one day I would be able to be the girl I knew I was. There was a huge fight about that same time between my mother's friend and Dad. It resulted in Dad sending us four to live with our grandparents while my parents worked out the custody of us kids.

I was alone once more.

After about six months another shock was delivered to our family, and to me in particular. Our father was a man again. WHAT!!!! So I could not be my true self. I was alone once more.

Life continued as "normal" as any family could be. We tended to move a lot, never staying in one place for more than two years, so lifetime friendships could not develop. I am not sure why this happened. This continued until the day when our father came out again. This time she stayed a woman. I was elated. The only question I asked was, "Is it hereditary?"

I spent most of my senior year looking for any information on what I was. This was before the internet. There were not many if any stories about this in the magazines in our Bible Belt high school. I just had to stay to myself again, alone. A few friends knew but not too many. I graduated and lived a "normal male" life. I tried so hard to be the male persona that society demanded.

I married when I was twenty-nine to the first woman I dated. Until then there was only a guy who I loved without him knowing it. He later married another woman. The woman I married was the woman I needed to fill the demands of society. I went fishing with her father and watched NASCAR racing with him. I worked on the car with him. All to keep up the persona. Then in 2006 my life changed again.

My son was born in 2006. I was a father now. I was so proud that I was a dad, and he instantly became the center of my life. This was the ultimate in maleness. It did not last. When my son was five years old, my wife left me and took him. She said I was no longer the man she fell in love with. Her oldest son told me as he walked out the door that I "failed to be a man." He was right: I did fail because I was not a male. So I had to change.

If I had not become the woman I am today I would not be writing this.

It was not the change they were expecting. I was left with a choice: be the real me or die. Those were the only options I had. If I had not become the woman I am today I would not be writing this.

My ex-wife went ballistic. She got the courts to take my rights as a parent away from me. I cannot have my son overnight. I have no say about how he lives. I only have limited contact with him at this time. All because I am transgender. She thought that I would return, like my father did when I was seven. That is not going to happen. I am fairly happy with who I am. My family says I have never been this happy.

So I will continue to move forward and keep my head high.