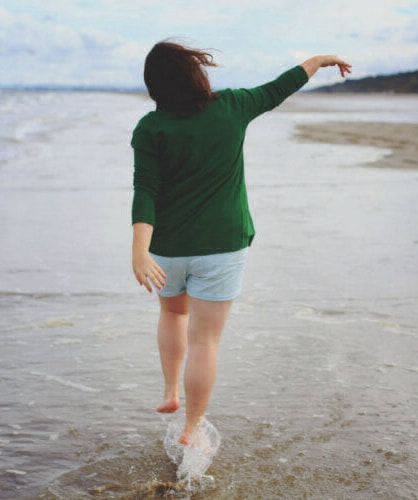 I am a widowed eater.

No, I’m not a cannibal. What I mean is that meeting my dietary requirements these days is crazy compared to my pre-widowed days. Let me explain.

My late wife, Joanne (Jo), was an amazing woman in many ways, but her cooking skills were off the charts.

I gained a lot from those skills—about 70 pounds’ worth, in fact.

When we met in early 1982, I weighed about 175 pounds. Of course, I ate terribly before meeting her as a young bachelor. Too much junk food, all the wrong chemicals and preservatives, an excess of sugar and “bad carbs,” too much red meat, and not enough fruits and veggies. Jo quickly put a stop to that, and within a year I’d gained about 10 pounds of mostly muscle. I was very active in those days, serving in the U.S. Air Force in a law enforcement role, so I sat comfortably at 185 pounds for a long time.

However, in my late 30s and early 40s, I slowly continued to gain weight, hitting 205 pounds by 2001. By then I worked at a desk job on Capitol Hill, and eating a daily lunch of chili with cheese, chocolate cake, and whole milk literally helped make me a D.C. “fat cat.” By the time my youngest sister got married, my weight had crept beyond 245 pounds. When I saw myself in her wedding photos, I realized I had a problem—and an extra chin—so I went on a diet and lost 10 pounds. Which is where I stayed for about a decade. Not bad, but not good, either.

In time, a number of health issues forced me to slim down again. High sugar consumption was contributing to me becoming pre-diabetic, along with having chronic joint inflammation and other problems, so I stopped eating processed sugar products  cold turkey. In just over a month, I dropped 20 pounds, settling in around 215 pounds. It’s amazing what happens to your body when you don’t eat candy, cake, cookies, soda, or other sweets every day.

About six months after going sugar free, I was diagnosed with Celiac disease, so I adopted a gluten-free diet and dropped to 205 pounds. Once you start eating healthy, you can’t help but notice multiple benefits, so my vegetables increased, my red meats decreased, and the “right” fats became important to me. By the fall of 2014, I was 59 years old, hovering around 200 pounds, and doing physically okay.

Then I was widowed.

After a five-plus-year battle, Jo passed in early 2015 from complications caused by breast cancer. We were together for almost exactly 33 years, and married for 32 years and 9 months (yes, we had a very fast courtship). Grief and shock became a way of life.

Initially, my diet mostly consisted of “our condolences” food brought over by friends and family during those first few weeks. But like many people in deep grief, I didn’t want to eat much. Jo had always been a real foodie, so even everyday meals were often special occasions for us. Unfortunately, this meant that just eating was an emotional trigger for me, since it wasn’t Jo’s cooking and thus a constant reminder of losing her. As a result, I dropped a little more weight, hitting 195 pounds. It was a hell of a way to diet.

Eating was an emotional trigger for me, since it wasn’t Jo’s cooking and thus a constant reminder of losing her.

Three months later, my daughter’s wedding took place. I had to buy new suits to wear, as everything I had was too big. I was back to work, busy with the wedding planning, but still deep in grief. I was also living alone and never cooked. I either ate out or ate simple — cereal, canned soups, frozen dinners, some fresh fruit. I was down to 190 pounds—I looked great, but didn’t feel it. Over the next several months, I slowly brought my weight back up to almost exactly 200 pounds, where I stayed for a couple of years.

Oddly, my health actually improved in some ways. A back problem I’d long struggled with disappeared. A challenge with my right hip was also resolved by vigorous exercise, particularly anything related to climbing, hiking, and biking. For a few months, I nearly had a four-pack abdomen. I was busy—working on my house so I could sell it, moving twice, working in security and facilities management, and generally exercising regularly.

Still, my diet was inconsistent. When I dated, it improved since I ate properly cooked meals more often, either by dining out or cooking/helping to cook. However, it was easy to fall into old habits when I was alone. My weight bounced up and down, as did my health and fitness levels.

Then, early last summer a serious relationship I’d had for over a year fell apart and I was crushed. Widowed loss was the worst, but breaking up after being widowed was uniquely difficult. It brought back all those fears about loss, being alone, and not being good enough—and thus the widowed diet returned.

I tried to date again, but I just didn’t have it in me. I was working ridiculously long hours, as well. My diet fluctuated and then worsened—I averaged one real meal a day. Breakfast was coffee. Lunch was usually an apple. I heated frozen dinners in the microwave and occasionally indulged in Cheetos or tortilla chips with salsa.

Finally, I did what I should have done months ago: I sought professional help. I got one-on-one, face-to-face grief counseling with a local mental health professional whom I still see. I even get a little exercise going to each session because I walk to and from her office, which is six blocks away. I also retired, and not having a day job meant I could exercise whenever I wanted, which I eventually started to do again with simple walks or bicycle rides.

Finally, I did what I should have done months ago: I sought professional help.

As I gradually worked through the worst of the depression, the change in seasons brought slightly warmer temperatures and more sunshine each day. Most importantly, I got my head out of the sand. I stopped wallowing in self-pity, made a few new friends through social media support groups, and increased my general activity. The weight slowly dropped as well, from 223 to 220 to 218 pounds.

Then, just as I hit 215 pounds, I made the major life decision to buy a (very tiny) mobile home in Big Bear Lake, California. The move will probably take about a year overall, so there’s no rush as of yet. I’ll use it as a form of physical exercise and mental therapy, focusing on the move itself instead of me. Junk food is gone again, carrots have returned as a snack, and packing for a long road trip has started. As of this morning, I’m at 211 pounds, with the goal of getting back to 200 or 205.

So, what’s the secret to losing weight when widowed? It’s simple: to work through your grief, which of course isn’t as simple as it sounds.

Everything else you need to do to consistently lose weight will likely happen only if you’re working through your grief as well. And remember, “working through” grief doesn’t mean curing it or getting over it. It means admitting the grief is there, identifying the specific issues, listing options for treatment, trying some of those options, and embracing the ones that seem to help. And then repeating that sequence.

It sounds just like a physical exercise regimen, which is also a great option for working through one’s grief. Admit there’s a problem with weight and fitness levels, identify the specific issues to focus on, try some exercise routines, and then embrace the ones that provide the greatest benefit and that you enjoy. Endorphins, those little “happy chemicals” our body makes when we exercise, can be incredibly helpful in combating grief. They’re not a cure, but they can help.

Always. Why would you expect anything else?