“What I realised within days after his death is that “moving forward” is unexplainably painful but that’s all one can do.” 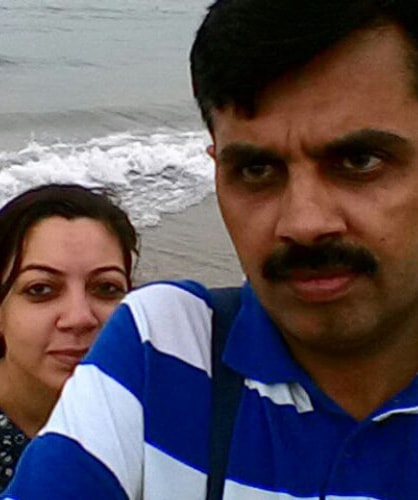 Everyone's story is unique and yet the same in so many ways. Our story started when I was a tender seventeen-year-old and he was twenty-seven. Sounds strange? And the cliché that we fell in love at first sight and knew in our hearts that we were soulmates without expressing our love from the very beginning?

This is not a story that I've picked up from an old storybook … this is my story.

So we met and our fondness grew for each other with every passing moment. He was my pillar of strength and gave me the confidence that I could create my own identity in a new city and carve a place for myself. We grew together over the years, though marriage was still not in the cards for several reasons. And as fate would have it, because of family pressure and circumstances, we got married to different people, although for a very short while. But even this couldn't hold us apart for long, and instead we got together soon after our marriages ended with more love for each other.

We faced a lot of adversities together that included two major accidents and one paralytic attack that he suffered. I almost lost him all three times. But he fought and survived the battle and came out of coma, recovered from the paralytic attack. Each year on New Year’s Eve, we’d kiss at the stroke of twelve, say our vows of togetherness, and say jokingly that this seals it; we’re going to be together till next year at least. Over the years this became a serious ritual, and both of us used to ensure that we were together that night irrespective of the circumstances.

Although we were together that New Year’s Eve he was unconscious, and something told me, “This is not good.”

He met with a major accident on December 31, 2015, when he went out to make arrangements for that year’s party. Someone called to tell me that he was unconscious and I rushed to the hospital. Although we were together that New Year’s Eve he was unconscious, and something told me, “This is not good.” He was discharged from the hospital with one broken arm and vision loss in one eye. I was very scared but never spoke about my fear. That was the last New Year’s Eve we were together. My fear came true—I lost him to sudden liver failure in a matter of hours.

This happened when we were very close to giving our relationship a formal existence after waiting so many years, but humans can only do so much in front of destiny's planning. I absolutely lost everything when I lost him. We were not legally wedded and hence I could not claim any of his insurance or savings. Close relations thought that I tried to betray them over his money.

People can only support you in the journey, but you’ll have to take charge of your life.

These years without him have been testing times, but what I realised within days after his death is that “moving forward” is unexplainably painful but that’s all one can do. People can only support you in the journey, but you’ll have to take charge of your life. You’ll have to learn and unlearn many things in the process. You’ll have to create your own support system. There is no constant, and factors around you will keep changing; all you can do is to learn how best to respond to the situations.

After two years, while I am as lost mentally and in my heart as I was then, I am very thankful for having a place to stay (we bought a house together just sixteen days before he passed away) and having my mom with me (she left her city to be with me and helped me pay my loans, and is just there every minute, altering her life for me). Some friends and family are still around, although everyone has his or her own life and does the best he or she can. I’m also thankful for the absolutely caring and understanding organisation that I work for and lastly for some of the groups, including Option B, that helped me gain some sense back. I am quite positive that my soul will find him again soon for eternity.