“I know that I am strong and that I have raised strong women with self-esteem and values.” 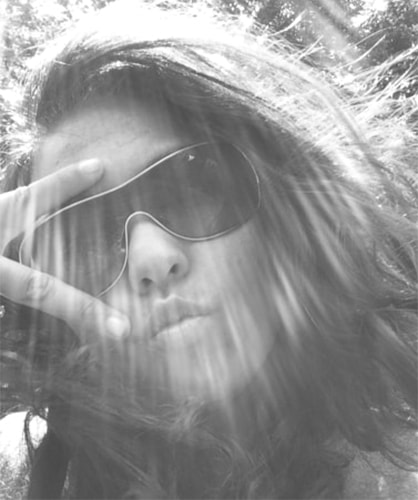 I lived in a glass castle at the top of a steep hill, isolated from the world and with the deepest feeling of loneliness, one that reached the core of my soul. To all those around me, I was living the life. I believed it, too. I was married to the love of my life, my soulmate, the man I would grow old with. We would see old couples and say, "That's us babe...in a few years." We met in college. We were a power couple, an orthopedic surgeon and a business owner. I was the Wonder Woman in the relationship—I worked from home, took care of the house, raised beautiful and intelligent young ladies, drove the kids to all sporting/dance/music events, was philanthropic, and worked to help fix societal problems.

The betrayal could not be true. I was in shock and in denial.

Then, at a volleyball game in Chicago, I discovered that my prince also belonged to someone else. My hands trembled, my heart was gruesomely ripped out of my body, and my future was shattered—all in less than a minute. The betrayal could not be true. I was in shock and in denial. I kept the secret to myself, as I was on a family trip and I could not allow my pain to be visible. I could not let this revelation cause my children pain.

My brain went on overdrive. I must have generated over twenty different detailed scenarios, all which made him out to be a good guy. Maybe this was all my fault. Maybe I didn't do enough. How could I fix it? When did he fall out of love? Why did he fall out of love? How could he purposefully hurt me? How many women have there been? Were my gut feelings in the past signals of true infidelities? How could he look me in the eyes and kiss my lips after being with her? How did he become such a good liar? Did he think about how his actions would hurt our children? Why not just confront me, tell me he didn't love me anymore, leave me on good terms? Did our twenty years, half our lifetime, mean nothing to him?

I fought for my marriage. I said nothing to anyone. I suffered in silence. I behaved nicely. I was loving, kind, and generous with him. I was also paranoid.

I figured out who she was, that she worked at one of his off-site clinics. Once I couldn't take it, I confronted him. I found out that his double life had gone on for over two years.

The princess, gown and all, was lifted with a thread and, once optimal height was reached, that thread was cut and I tumbled to the ground. I shattered into tiny pieces that would be practically impossible to put back together.

As I lay there, he stepped up to me and said, "I think I was falling in love with her." "I loved being with her." "I'm sorry I didn't take you traveling until the affair was already taking place." "I have no answers for you." "I don't want to fix us, I just want to help you get through this." He gave me a full, detailed disclosure of their affair. Not one of my broken pieces was picked up by my husband. He refused to ease my pain. He refused to stop my hemorrhaging. It was up to me.

My strength came from my daughters, who were brought up by me, with my values. They kicked him out of the home. I was devastated and grieved my husband, my friend, my future, my security, the security of my daughters, the father of my children. I had my daughters to fight for. I had my profession. I had my parents. But that's all I had. This process woke me up to the realization that I had no friends, had been separated from my family, which lived in another state, and had no true relationship with his family. His mother, who lived five minutes from us, never visited my daughters. It was my daughters and me alone in this huge state. We brought out the strength in each other.

I was strong for them. I smiled for them, I got up each morning for them. I could not fall into depression because I had them. Life could not be over because the three of us had so much to live for.

I have my beautiful daughters, my unconditionally loving dogs, my values, my education/career, and my soul.

We learned to laugh at the little things. We moved out of that huge house, which now belongs to him and probably his mistress. The thing is, it doesn't bother me anymore. I have my beautiful daughters, my unconditionally loving dogs, my values, my education/career, and my soul.

It's a long process. I saw all the “SuperSoul Sundays” and grew my library of books. I went on spiritual and meditation retreats. I went to therapy. I sought out online support groups. It's been almost two years. It still feels like I was hit by a trailer. I'm juggling so many things and I'm constantly exhausted, but the lesson was invaluable. I have regained my spirituality, my sense of self, joy for the little things, and self-love. I’ve learned that I need to fill up my cup so that others can drink from it. I was running on empty for so many painful and lonely years. I have more clarity about what a relationship really is and what I want from a true relationship. I have come to the realization that my feelings matter and that I matter, and that anyone who can't respect or appreciate that is someone who does not belong in my life. I know that I am strong and that I have raised strong women with self-esteem and values—young women who can stand firmly on their own two feet. We have picked ourselves and each other up many times during this journey. We know that betrayal and abandonment will knock you down. Yet, we know that Maya Angelou was talking to everyone that has been hurt, betrayed, abandoned, and blindsided when she wrote, " You may shoot me with your words, you may cut me with your eyes, you may kill me with your hatefulness, but still, like air, I'll rise."