“I squared my shoulders and traversed my mountain of grief one turn at a time.” 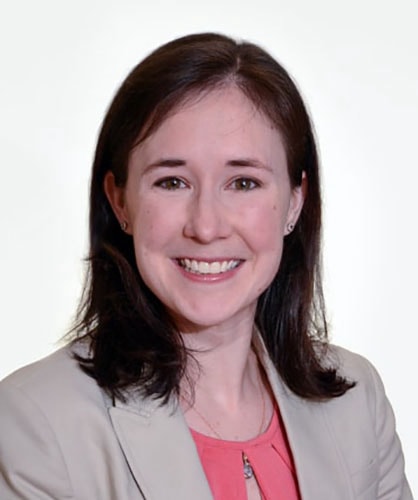 In Option B, Sheryl Sandberg tells of a time when she went skiing with her mother. By accident, they were forced to descend a challenging slope. Sheryl’s mother encouraged her to “just take ten turns.” Sheryl took ten turns, then another ten, until she reached the bottom.

I had an almost identical experience with my dad. When I was twenty-two, I went skiing with him and my boyfriend, Craig. It was the year before Dad died, though we didn’t know then about the cancer growing in his back muscle. Dad was a skilled skier. Growing up, Craig snowboarded often. I hadn’t been skiing since age seven, when the snowplow was my go-to maneuver.

After a few gentle beginner trails, we took a chairlift up the mountain. Craig and I followed Dad as he veered right off the lift. I skidded to a halt at the top of the run Dad had chosen. My skis smacked together as I looked down in horror at the near-vertical drop. Craig waved to the two of us and took off. I didn’t wave back.

“Just focus on one turn at a time.”

“What level is this?” I craned my neck to try to see the trail marker behind us.

“Don’t worry about that,” Dad said. “Just focus on one turn at a time.” I watched as he swished deftly down the first section, then stopped and looked back up the hill at me. I lifted my weight off my heels, bent my knees and began. I skimmed along uncomfortably fast. I quickly shifted my weight to my uphill leg and took the first turn. I was scared, but I didn’t fall. After three turns, I stopped and looked at Dad.

He raised one of his poles triumphantly. “You’ve got this! Remember to keep your body pointed straight down the hill. One turn at a time.” He dug his pole into the snow and pushed off.

I took one turn, then another, and made it to the end, sweaty and exhilarated.

Dad was my life coach, the one I came to for advice. He proofread all fifteen versions of my medical school application essays and spent hours practicing interview questions with me. I was certain his help was the reason a number of medical schools had accepted me.

When Dad died, I had to muddle through the lowest period of my life without his guidance. I was overwhelmed and lonely. Thankfully, Craig was there to listen and support me, though his love and advice could not replace Dad’s.

I took two weeks off, then resumed medical school. I studied hard. Each day was a struggle, but I kept moving forward. Remembering Dad’s advice, I squared my shoulders and traversed my mountain of grief one turn at a time.