“My sister and I went through all five stages of grief before we hit the lobby. We kept getting stuck on denial.” 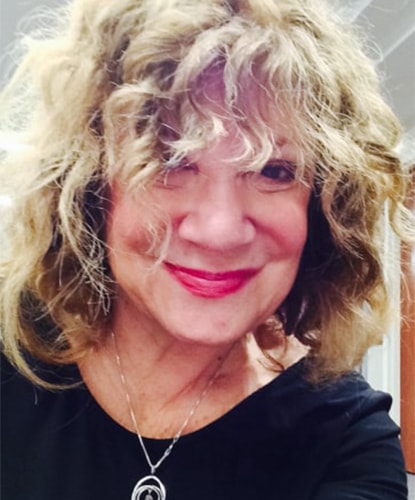 It was a busy day at the office, and I remember thinking I could either take a walk around the block to clear my head or call my mother in Chicago. I hadn’t spoken with her in about a week and the last phone call was just a quick check-in. I missed her. I didn't feel like leaving my desk, so I dialed.

My mother answered the phone on the second ring and let me know that she could only stay on for a minute because she was chatting with my Aunt Lena. My Aunt Lena had been dead for years.

At first, I thought it was a joke. My mother was known for her wicked sense of humor. She knew I wasn’t particularly fond of this aunt and maybe this was her way of digging at me. We kept on talking.

She kept on talking with another person. A person who no longer existed.

Pretty soon I realized there was nothing funny about this. She kept on talking with another person. A person who no longer existed. I slammed the receiver down and phoned her next-door neighbor, Lou, choking out that she needed to check on my mom.

Lou called back in a few minutes. “I’m worried,” she said. “Your mother is hallucinating.” I started to shake and called my sister in Arizona. We decided to drop all we were doing and get to Chicago. I called my mother back and told her I was coming. I bought a ticket for the next plane to Midway Airport out of Baltimore, rented a car, and drove to the small bungalow where my sister and I grew up.

My sister was arriving the next day. I sat in my rental car, gearing up for what I would find inside. When I finally walked up the stairs and rang the bell, I was on high alert. My mother opened the door and looked happy to see me. But she wondered out loud why I was there. She had no memory of the calls or Lou’s visit. She wanted to know why I was joking around about her talking to Aunt Lena.

When my sister arrived, our mother was still her regular self. We made calls and found a neurologist who could see her in a few days. Everything seemed fine while we waited for the appointment date, and I started questioning my own reaction. Perhaps this was one big practical joke.

But, of course, it wasn’t. The diagnosis was early-stage dementia.

Riding down in the elevator after meeting again with the doctor, my sister and I went through all five stages of grief before we hit the lobby. We kept getting stuck on denial.

That night, we slept in our old bedroom, going over what was to become our new normal. Our beloved uncle, our mother’s brother, helped us come up with a plan. It included selling our childhood home and moving our mother into an assisted-living building on Chicago’s North Side.

In the beginning, all seemed to be going well. When my sister and I called our mother from our respective homes on opposite sides of the country, she was still lucid a good part of the time and was able to have pretty normal, albeit brief, conversations.

I would fly to Chicago from Maryland every few months, spend a few days with her, even take her out to shop at her beloved dollar store and to the deli nearby for a tuna sandwich.

Things were stable. Until they weren’t.

Our uncle, her main caregiver, hired a woman to stay with our mom during the daytime. She was beginning to have hallucinatory spells again and wasn’t eating, and her forgetfulness was increasing. Except for rare occasions, she didn’t know who we were. My sister did some research and, through the recommendation of a colleague, found a perfect place for our mother in Tucson. It was a home environment with around-the-clock care for under a dozen men and women.

My sister would take charge in Arizona. My uncle and I tried to prepare my mother for the move from Chicago. We flew out in the heat of a Chicago summer and landed in the heat of the season in Arizona. My mother laid her head on my lap through the long flight, the same position I took when she and I would ride buses from our house to my grandmother’s house when I was a child. I patted her back and softly sang nursery rhymes. When the plane landed, I sang “You Are My Sunshine.”

We set up her small room with photo albums and other memorabilia. When I left, she was curled in a ball on her bed sleeping. It was one of the last times I saw her.

About a year later, after the horror of September 11, 2001, when the country was in turmoil and air travel was almost non-existent, our mother breathed her last breath. We were able to fly her remains to Chicago so she could be buried next to our father. My sister flew in from Tucson and I found a flight from Maryland. We could not ask anyone else to go to the funeral. Our family members were scattered around the country and flights were difficult. We requested that the limo driver bring us to the dollar store and deli so we could honor our mom. We know she approved.

And now it’s 2018. My sister and I both became yoga teachers and specialize in gentle yoga. She also teaches prenatal moms and I work with men and women with dementia and their caregivers.

Every week I conduct individual sessions and am so happy with every small success. One of the people I work with hears my voice and exclaims, “I love yogurt!” I know what she means.

At the end of each class, whether it be for a person with dementia or a caregiver, we always do the same thing. We might join hands or I might pat his or her back. Then, we sing “You Are My Sunshine.”