"When it stops life-ing, just aim to make sure you had a good one." 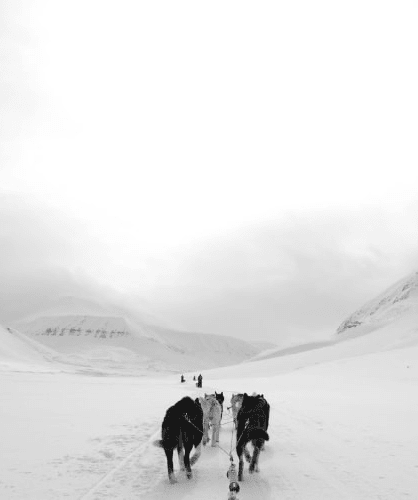 This year, I turned five.

Hang on, I hear you say, looking me up and down suspiciously. Aren't you a little tall, chubby, and balding to be turning five? I am. But on September 10, 2012, my life got reset.

At the (actual) age of thirty-three, I was the healthiest I’d ever been since my college days. Until I fell ill getting ready for football: weak, dizzy, blurred vision, pins and needles in my left arm. And when I went to tell people, I could feel that simply talking required more focus, more energy than it should. I went to my doctor, who thought I’d had a stroke, and a day later, had my consultant sit on my bed in hospital and tell me I had had a brain haemorrhage—small, but in a delicate part of my brain, affecting speech and balance. Over the next twelve days, I gave vials of blood every day for testing. I underwent a spinal tap. I explained my story time and again to doctor after doctor. After those twelve days, with no answers as to why, I asked to go home, and I returned to work five weeks later.

Four years and multiple scans and tests later, no reason has been found—I'm the human equivalent of the Blue Screen of Death or the Spinning Umbrella: my body crashed and rebooted, and I walked away.

There were, and are, issues—I don’t talk much about them. For a couple of years, I had trouble swallowing and woke up at night choking. I've lost some confidence in my speech—it's 99 percent fine, but when I'm tired, it fails a little. I worry about being with anyone and falling in love—what if I'm at risk of this happening again, and maybe worse? But overall, as time passes, I realised how lucky I was. But little did I know this was part one.

Part two decided to raise its head when I eventually recovered enough to return to exercise. My back—which had always been problematic—decided to give out. And give out it did. Spectacularly. Over the course of a couple of months, I descended into agony—unable to walk, barely able to move, screaming nerves down my lower back and right leg. And after months of chronic pain, up to fourteen painkillers a day, and working from home regularly because I simply couldn’t walk, I decided to act. I took an MRI to one of Dublin’s top surgeons. He took one look, turned to me, and said he could operate within a couple of weeks.

“Operate? Can I not manage this through other means?”

Soon after, I had a lumbar discectomy, to remove the lumbar tissue that was being compressed outwards and into my sciatic nerve, before the damage was completely permanent. After, I sat with my surgeon as he explained how, if I exercised for an hour or two every day for the rest of my life, I might get away with little to no additional surgery. Otherwise, I’d more than likely be seeing him again soon.

Since these two events, I've tried to live a braver life.

I've become a semi-proficient dogsledder in the Arctic, through forests and mountains. I've hiked thousands of kilometres around the Northern Hemisphere. I've seen the northern lights. I've hiked across and into and up glaciers and ice caves and mountains. I've gone on fishing boats to drop off and collect explorers. I travelled Iceland, seeing waterfalls and glacier-hiking and falling in love. I went to Jordan, explored the ancient city of Petra, floated in the Dead Sea, spent time in the Wadi Rum desert with the Bedouin people, and hiked Jordan's highest mountain (despite a fear of heights).

I embraced yoga more heavily. I quit a great job in tech and rediscovered my love of learning, getting certificates in data science and web development. I've read four, five times the number of books I read before. I started to draw again, and to write more. I've gone to five times the number of music gigs I used to. I've made friends, lost others.

I've tried to be a better son, brother, uncle.

I've talked to more people than I can count about their lives and offered advice where I could. I even gave my first inspirational talk on my career and the events of my life to students in one of my old colleges.

Life really does try to knock you down and keep you there.

Life really does try to knock you down and keep you there. In the end, like the world’s hardest computer game, we have one life, one go on this green and blue organic spaceship, and we don't know how long or short that go is, or how hard or easy it will be. And no matter what you plan, life will mess with that plan, laughing as it does. Life will life.

Sometimes it'll life good, and sometimes—a lot of the time—it'll life crappily. But all you can really control is how to deal with how it lifes, and when it stops life-ing, just aim to make sure you had a good one.

As per one of my favourite quotes—life is a shipwreck, but we must not forget to sing in the lifeboats.