How to Recover After Divorce: Breakups Don't Have to Leave You Broken

Psychologist Gary Lewandowski shares how activities that help you rediscover yourself can also help you recover from divorce.

[1:21-1:45]: They define us, they sustain us, and they can break us too. And we know relationship breakup can be tough, right? The research is pretty clear: loneliness, depression, increased crime, increased drug use―some of my own research show that breakup lead you to experience a loss of self―so when you lose a relationship, part of who you are as a person goes with it.

[2:16-3:06]: Because only then could we actually see, or could they actually see how bad was it, right? And so they waited for them, the breakup, and said ‘so how bad, how bad is it now that you broke up?’ And they compared what the predictions were to their actual breakup experience, and what they found was people were wrong. They were wrong, their breakup simply wasn’t as awful and devastating as they thought. So I’m curious, by a show of hands how many people here have experienced a breakup or divorce? Show of hands, and please keep your hands up if you survived that experience. Perfect. Good. I’m glad you’re here now. Please keep your hand up still if you learned something about yourself, or about having better relationships by going through a breakup or a divorce, right?Perfect. Right?

[3:07-3:47]: It says well, Ralph Waldo Emerson said: our greatest glory is not never failing, but in rising up every time we fail. No one emerges from their dating life unscathed. Breakups happen. Relationships fail. And when they fail, it hurts because you start your happy vibrant person, very much in love, things are going perfectly. You break up and you’re alone, you’re sad, you’re disappointed. Things hurt, you’re heartbroken, right? You’re confused, this is not a good ‘we’ve all been there’, it’s awful. We’ve been that, we saw we’ve been there, no one likes being there.

[3:48-4:25]: But life thankfully happens on a continuum: there’s good things, and there’s bad things, alright? So it goes the other way too. Sometimes your relationship really isn’t perfect, right? It could be improved, so sometimes breaking up in a relation that’s not that great, it’s like being paroled. Right? You’re free now, you don’t have this other person to weigh you down with negativity. Nagging, asking you to change how you look, or how you act, right? Sometimes it’s a pretty good experience, right? This experience―getting out of that relationship―restores your heart. You’re back to being the person that you know you can be.

[4:27-4:54]: So breakups, I would argue are worthy of celebration. I don’t know if you’ve had any of these kinds of breakups, but I have and they’re glorious. It’s really fantastic. But I acknowledge that―I mean that sounds, you know, I’m talking about breakup. Which is typically sad, it sounds a little counterintuitive to say that it can be such a good experience. But I know I’ve had it, but it’s also entirely possible that I’m weird, maybe. Look at my stick figures, right? So it’s possible that I’m weird.

[4:56-5:22]: So the scientist in me said, ‘you know, let’s go out and look. Let’s go see if people when they break up, does anybody else, is it just me that feels happy about it sometimes? Or is it true of other people too?’ So I use the science―my training and research―to see if breakups could be a good thing for other people, and so (as all good research does) mine started with a very simple question: overall how does your breakup influence who you are? How did it impact you, right?

[5:23-5:42]: And what I did doesn’t just ask anybody, I asked people who were likely to be especially sad, right? I asked people who had recently broken up in the last three months, broken up a long term relationship they’ve been in this relation for a couple of years and they hadn’t found a new relationship partner yet. So if anybody was going to be sad about their breakup experience it was this group, right?

[5:44-6:22]: And what I found was some people were sad they characterized the breakup as negative, but it was one out of three people, right? Which sounds like a lot. I don’t know if that’s what you expected, but it means that two out of three people didn’t consider it negative. In fact one out of four said it was neutral, a little bit of both, right? As many emotional experiences are, it’s a little bit of both―41%. Most people characterized their breakup as positive, and remember this was supposed to be an especially sad group, alright? So 41% are saying you know what that experience overall―and saying overall not saying it had zero negative―they’re saying overall it was a positive experience.

[6:23-6:59]: So what research is about is ‘why?’ Why are those people feeling that way? And in relationships there’s a lot of things that factor into what makes a relationship good, right? But one of the things I focus on in my research is the self, because who you are as a person touches every aspect of your life, including your relationships in particular. I focus on self-expansion―this is the experience of a relationship that helps build who you are as a person―it helps you grow, it helps add to your sense of self. Being in this relationship makes you a better person, these are the good ones, these are the ones you want.

[7:00-7:23]: But it’s a continuum, right? It goes the other way too. Sometimes your relationship is impoverished―it lacks self-expansion―your partner is not building you up, they’re holding you back. In fact, these ones are stagnant, stale, those relationships like when you’re stuck in a rut, your partner’s not helping you grow. If anything they’re preventing you from being the person that you can be right.

[7:24-7:49]: And so I thought if you get out of one of those impoverished relationships, it’s literally going to be addition by subtraction, right? This relationship is holding you back, by getting out of this I’m going to now thrive as an individual, and this is exactly what we found in people. In break-up people who had gotten out of a low self-expanding, impoverished relationship they reported a full range of positive emotions. They’re relieved, they’re calm, they’re energized, confident, strong, happy, they’re doing wonderfully right.

[8:23-8:48]: But what if you’re not inherently strong? What if you don’t have the luxury of getting out of such an impoverished relationship? So I wanted to take those findings and think how can I help people who have experienced a breakup or divorce accelerate their coping. How can I help them get better? And so looking back at the previously looked at, rediscover yourself. And that looked really good, right? So I’m going to focus on that. And I’m going to take people who have recently broken up, I’m going to bring them into my lab, I’m going to randomly assign them one of two groups.

[9:14-9:54]: Rediscovery: because it helps you regain some of that, those aspects of yourself that you lost. Routine: because it helps prevent you from sitting at home, alone eating pints of ice cream and binge watching television, right? It’s forcing you to sort of go out in the world and get better. And as I expected the rediscovery of the cells. Those people it was like the dawn of a new day, they had less loss of self, less negative emotions, all less of lots of loneliness things. Like that, also an increase of positive emotions, the same ones you saw before were also increased overall: well-being, purpose in life, and self-acceptance. They were doing much, much better simply because of the types of activities that they chose to do over two weeks.

[10:36-10:51]: But it doesn’t mean you have to be broken forever. In fact Japanese have a word, have an art form, Kintsugi, which is this art form where you take broken pottery and you repair it using precious metals like gold, platinum, and silver― and you use that to make the pot more beautiful.

[10:52-11:20]: And it’s beautiful―it’s stunning really―it’s not just an art form, it’s also a philosophy. Which treats damage and it’s repair as an opportunity. Something to take advantage of, not to conceal, right? This is exactly what can happen in your relationship. Sure your relationship might leave you with a few cracks, but those cracks to those imperfections, those are sources of strength and beauty. Because breakups don’t have to leave you broken because you’re stronger than you know. Thank you. 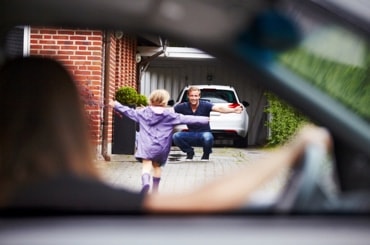 Practical Advice on Coping and Finding Happiness After Divorce

Author Wendy Paris shares key behaviors that help people bounce back after going through a divorce. 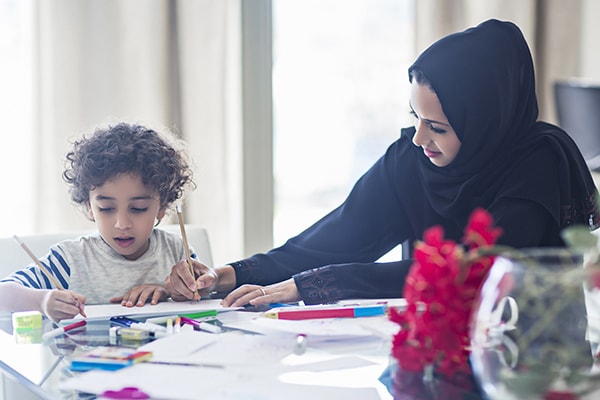 A professor at the University of California, Santa Barbara, and an expert on family communication discusses how families can find opportunity in adversity. 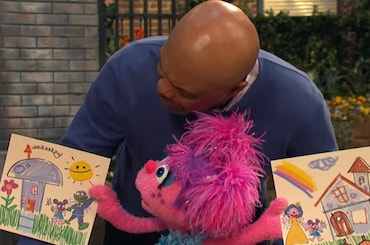 Family Toolkit: Supporting One Another Through Divorce

Help kids find learning opportunities and make sense of separation and divorce with these videos, stories, activities, and more from Sesame Street.