How to Bounce Back After Incarceration

Lawyer Christopher Poulos describes how his past in prison has barred him from many opportunities. But he made a decision to follow positive direction, accept help, and live a life of recovery. Now, he’s a practicing lawyer and advocates for a combined approach to prison reform and dealing with addiction. He gives tips and advice for how to overcome life’s challenges and what he’s learned through his journey.

[0:10-0:34]: On election night, 2008, I was a federal prisoner, being held in Lewisburg, Pennsylvania. I was the only white inmate in the TV room that night. As the results of the presidential election poured in, it became evident that Senator Barack Obama would be the next President of the United States.

[0:34-1:09]: The room was filled with African American men, some of whom had been incarcerated for decades for non-violent drug offenses. One of the men, Marvin, had marched with Dr. King. In a rare break from normal prison behavior, we embraced one another. Tears of joy were shed as we stood as one, in that space, in our captivity, and witnessed history unfold before us.

[1:10-1:37]: The room was thick with powerful emotion; disbelief gave way to hope for change. I would not trade that experience for any election night party on earth. In his acceptance speech, President Obama reaffirmed that anything is possible. I took his words to heart, and I began to live my life accordingly.

[1:38-2:12]: I am now in my final year of law school, and serve as chapter President of the American Constitution Society. I recently served as Legal Fellow at The Sentencing Project in Washington, D.C. After being appointed by the Mayor to a Task Force on criminal justice, I represented the City of Portland at White House meetings, and collaborated with both Congress and the Obama Administration. I am a also a sworn officer of the court, with the right to practice law as a student attorney.

[2:12-2:32]: How did I get from that TV room in a federal prison to the life I have now? I made a decision to follow positive direction, accept help, and live a life of recovery.

[2:34-3:01]: I also swam through an ocean of noes, believing that one day I would get to a crucial yes. I used to be terrified of telling people about my past, but one day I got up the nerve to share with someone this delusional idea I had about going to law school. I was working at USM Student Legal Services and the office next to mine belonged to Reza Jalali. Reza struck me as a warm soul, so I asked him for a minute of his time.

[3:02-3:27]: I closed the door to his office tight, I leaned forward and I whispered, “I used to have a problem with drugs. I sold drugs to support my habit; I went to prison because of this. I’ve now been sober for several years,and I really want to go to law school.”

[3:28-3:54]: Reza smiled and said, “This is wonderful, I will introduce you to the law school dean.” The day came to meet with the dean and I was incredibly nervous. I began to tell him my story and explain why I wanted to practice law. At first he was very interested. But when I disclosed that I had been incarcerated, the initial warmth of the meeting vanished.

[3:55-4:19]: He told me he wasn’t sure how the legal community would receive someone with my background. He suggested possible alternative careers that would match my interests. I was crushed. I said, “Dean, why didn’t the judge give me a life sentence?”

[4:57-5:10]: I don’t blame them. Nor do I blame the dean for his initial skepticism. Because that is what society has taught us. I stand here today to challenge those assumptions.

[5:11-5:34]: Ultimately, the admissions committee voted unanimously in my favor. The dean of the law school chaired that committee. Despite these accomplishments, I still face many noes. Often landlords won’t rent to anyone with a criminal conviction. Some states will not even allow us to vote.

[5:35-6:04]: I can practice law, but I can’t rent an apartment or vote. Even some criminal justice advocacy organizations, which fight for criminal justice reform, do not employ anyone with actual criminal records. I strongly believe those closest to the problem are closest to the solution. It is time for us to remove the barriers that permanently relegate individuals with criminal convictions to the status of second-class citizens.

[6:12-6:38]: The United States has more people incarcerated than any other nation on Earth. We currently hold approximately 2.2 million people in our prisons and jails. The vast majority of prisoners are economically disadvantaged. Many did not graduate from high school. The number of minorities incarcerated, particularly black males, is grossly larger than their percentage of the general population.

[6:39-7:08]: Both ends of the political spectrum are finally calling attention to the issue of mass incarceration. In order to end systemic discrimination, we need a balanced approach to drug policy, a hard look at sentencing, competent, well-resourced, and dedicated attorneys to advocate for criminal defendants, equal enforcement of the laws in all communities.

[7:09-7:46]: And we must look at criminal justice policy and addiction simultaneously, rather than as two distinct issues. I never would have been involved in any type of illegal activity had it not been for an untreated addiction. We need to find a way to remove the stigma attached to substance use disorders. It’s hard to hate up close. I’ve found that by letting people get to know me simply as “Chris”, before going into the details of my past, I’ve been able to form unlikely alliances.

[8:03-8:34]: To anyone living with these issues: stand up for yourself. Don’t disqualify yourself from an opportunity because you are afraid someone else will. My attitude is to go for it. Let them tell me “no”, if they think they have to. Never believe anyone who tells you that you can’t go somewhere, because of where you have been, or that you can’t do something because of what you have done. 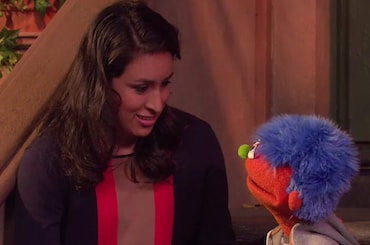 These resources from Sesame Street provide caregivers with advice for coping as a family and talking with children about the incarceration of a loved one. 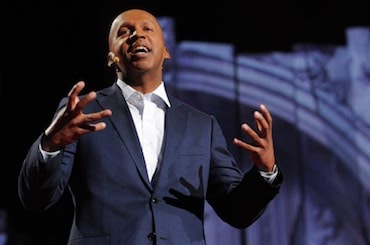 The Importance of Compassion in Creating a Just Society