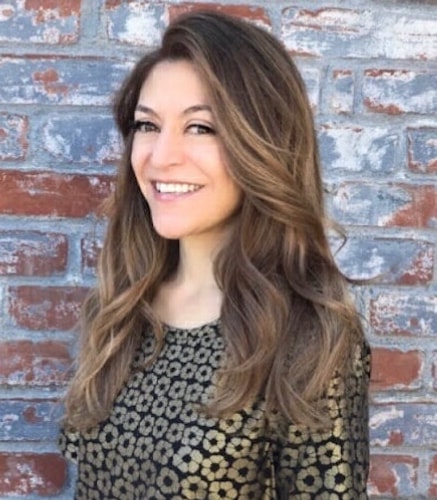 The Sierra Nevada Mountains filled up the driver’s-side window as I approached the town of Bishop, California, 270 miles north of my home in Los Angeles. The autumn light was mellow on the high-desert landscape along Highway 395, but I was feeling tense. In part, it was because I was about to try a sport I wasn’t sure I could handle. But there was a deeper reason: The last time I had traveled this way, two years before, was to find out if my brother Michael was alive after he failed to return from a solo climbing trip.

Michael never did return from that trip. And I’d returned from that drive changed forever.

Michael was a journalist and author who in his mid-30s, discovered climbing. While this new vocation brought him great joy and a sense of fulfillment, it also brought his life to an early end. On June 30, 2012, he was killed in a climbing accident in Yosemite National Park. He was 45 years old.

I was devastated by his death. Helping my parents manage their grief while taking care of my twin sons, Miles and Grant, then two and a half, was overwhelming. I felt that there was no space for my pain because I was so busy taking care of everyone else. I threw myself into organizing his memorial service, pored over his climbing photos on Facebook and flipped obsessively through his guidebooks. I wanted to do something useful with his mountaineering gear so I donated some of it to the Alpine Club at the California Institute of Technology. My immersion in Michael’s passions led me to attend that year’s Banff Mountain Film and Book Festival at Caltech, where I watched my first adventure-sports movies and was unexpectedly thrilled by the feats of free climbing, kayaking and extreme skiing.

Learning about a part of Michael’s life that I hadn’t been involved with while he was alive, I realized, was slowly making me feel better. It was also stirring an interest in the outdoors, one dormant since childhood trips to the mountains ceased. I wanted to nurture that awakening, and to share it with my own kids.

So I contacted Alexandra Porter Few, my brother’s friend who had reported him missing, and asked her to take us bouldering. Bouldering is a form of rock climbing that is performed without ropes or harnesses, and it was the only one of Michael’s pursuits that seemed accessible to a suburban mom and her preschoolers. And so it was that one morning in November, my boys and I — along with my mother, who came to cheer us on — followed Alexandra off the main highway, bumping along a dirt road toward the Buttermilks, a few miles west of Bishop. The sky was clear and blue. The tall mountains looked so close. The landscape was filled with the granite boulders the area is known for.

Once we reached our destination, Alexandra picked a relatively small boulder and threw down a crash pad. Soon, she and Grant were scrambling upward. After watching his brother exulting at the top, Miles gained courage and joined in.

I wandered off in search of my own boulder to tackle. I picked one that wasn’t too high and had obvious handholds. I placed my foot in a dent in the egg-shaped rock, reached above my head, and felt around for a place I could grab. After a few failed attempts, followed by some adjustments, I found myself inching higher.

After ascending, I surveyed the rugged terrain and felt a rush of euphoria — a small taste of what Michael must have felt when climbing some of the world’s most challenging peaks.

My mother wandered over and gazed at me in surprise. "Did you get up there by yourself?" she asked. ”Of course," I said, as if I weren’t astonished, too. I didn't tell her it took me a few tries. I figured that was my little secret — one I shared with the mountains.

A few years earlier, Michael had asked me to join him on a hike in the hills above L.A. Reflexively, I said, "No" — a decision I’ve often found myself regretting. But while there are no do-overs in life, maybe there are ways to honor the past while moving forward. After all, I’d never thought I would someday be bouldering in Bishop. My brother had led me back to the mountains — and the mountains had led me back to my brother.