“Coping with grief is awful enough without adding the worry that your career has been derailed.” 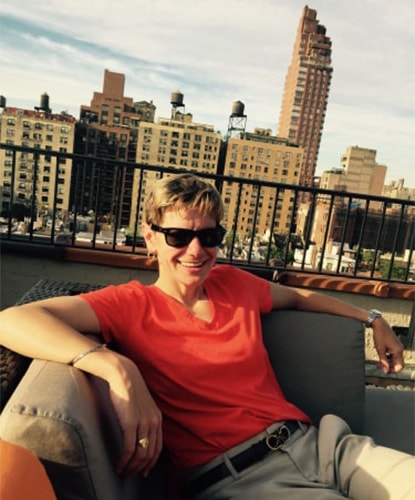 Last May, I was thrilled to take a temporary position in the legal department of a large network. I had been working in the litigation department of a big firm and wanted to change to transactional law, so I jumped at the offer. It was a chance to see what working in-house meant. It was only an eight-month contract, but I was sure I would parlay my time there into a permanent spot elsewhere. My plan was to focus on learning new skills during my first months in the job and then campaign to find my next opportunity. Then, just a few weeks into the new job, my mother was diagnosed with stage 4 breast cancer. I remember standing in Rockefeller Plaza talking to her on the phone and hearing the grim prognosis—anything more than eighteen months was "a gift."

She went into the hospital and after three weeks of facing her situation with optimism and fighting as hard as anyone could, she died.

All my plans evaporated. Over the next few months, I had to juggle the demands of a new job with everything that goes along with having your (recently widowed) parent suddenly given a death sentence—phone calls from my mother, her doctors, and family and friends about her condition; searching the internet for information and hopeful stories; and, of course, riding an emotional roller coaster. This was not my mom's first encounter with the disease. She’d had stage 2 breast cancer thirteen years earlier, and stage 3 breast cancer just three years ago. This time, the cancer was "triple negative." The recommended treatments are less clear cut with this type of cancer than the HER-2 positive type she’d had before, so we had no idea how the tumors would respond to the treatments. In early September, the roller coaster ride hit a high point when her PET scan revealed that the tumors had shrunk or disappeared. We thought we were in the clear, but a few weeks later, another mildly alarming symptom became really scary. Her feeling a little winded ratcheted up to not being able to breathe. It turned out to be a rare side effect of the chemo treatments she'd been undergoing. She went into the hospital and after three weeks of facing her situation with optimism and fighting as hard as anyone could, she died.

I felt like damaged goods because I now had a gap in my resume.

Throughout this time, my new colleagues were wonderfully supportive, but needless to say, I didn't have a minute or an ounce of extra energy to devote to my job search. After my mother's funeral, it was suddenly mid-November and my temporary position would be over at the end of the year. When I got back to my search in January, I was exhausted from the ordeal. Absurdly, I felt guilty that I hadn't had the energy to network in the fall. On top of that, I felt like damaged goods because I now had a gap in my resume. It would take a few months until I could reframe my experiences and see how the skills I had used—just doing what needed to be done—could translate to my career.

There has been much focus on helping stay-at-home parents reframe the experience of caring for young children as developing valuable skills that can be transferred to the workplace. It occurred to me that it might also be possible to look at dealing with a sick or dying family member in the same way and to find some good in a terrible experience. Coping with grief is awful enough without adding the worry that your career has been derailed.

At first, I was embarrassed to be out of work. I am a Type A personality, a former competitive tennis player, and someone who normally has a ton of energy. Once that feeling subsided, I wondered whether I should mention this aspect of my life in an interview or cover letter. After all, it's not relevant to the practice of law. As I recounted my story, first to friends and then in interviews, I was able to articulate the many skills I employed that would translate to the workplace.

Although this is not an exhaustive list, here are some skills that I used during the time my mother was ill:

Of course, I wish my story had a different ending and I miss my mother every day, but I wouldn't change anything about how I handled my part of the process. Anyone who has been affected by cancer knows what kind of strength it requires of the patient, but it also requires strength, endurance, and a host of other valuable qualities on the part of the caregivers. As I return to my job search, I take comfort in my belief that the experience has made me grow not only personally, but also professionally.