“I don’t want younger kids to experience what I went through. I want to protect LGBT kids who aren’t even born yet.” 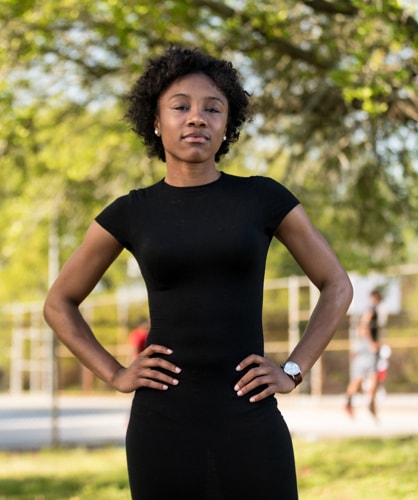 I came out to my mom when I was twelve years old. She rejected me and threw me out of her house. After that, I was homeless on and off until I graduated high school.

I lived with my half-sister for a while. But she lived ninety minutes from my school, and the extra commute time made my grades suffer. I tried living with my father, but when I came out to him, he said terribly hurtful things to me, so I left. I moved in with my girlfriend’s family, but her parents told me to leave when they learned we were dating. I was lucky that my former nanny agreed to let me stay with her.

Sci Academy was my safe haven.

In the midst of all this moving, I transferred high schools to Sci Academy. It immediately felt like home. The teachers were so kind and supportive. They could tell if I was having a bad day and would actually ask how I was feeling. They came to my basketball games and other extracurriculars.

Sci Academy was my safe haven. There was a student-led Gay-Straight Alliance that made me feel welcomed and accepted. Most Louisiana schools don’t have groups like that. In fact, Louisiana is one of eight states that have regulations barring teachers from offering support to LGBT students.

The presentation was my senior seminar, and I was honored to give it in front of New Orleans City Council members and staff from the mayor’s office. I argued that Louisiana should abolish the law that prevents teachers from talking about LGBT issues, and that the state should create an anti-bullying law to protect LGBT youth.

I want to help young people around the world

After I worked on that project, I decided to sit down with my mom and have another conversation about my identity. We let all our feelings out. Since then, things have been better between us. It has also affected my siblings, because my mom is parenting differently by being more accepting of us all.

I’m so grateful for my transfer to Sci Academy. It allowed my grades to flourish, and I won a PFLAG scholarship that helped me go to college. Now I’m a student at Southeastern Louisiana University, majoring in athletic training with a minor in psychology. And I still get to work with Louisiana legislators to change the law for LGBT youth.

I’m excited about my future. I want to help young people around the world, because there are so many countries where LGBT kids are harassed or threatened. I don’t want younger kids to experience what I went through. I want to protect LGBT kids who aren’t even born yet.