“I instantly connected him to Leo. I felt that maybe the universe was trying to tell me something.” 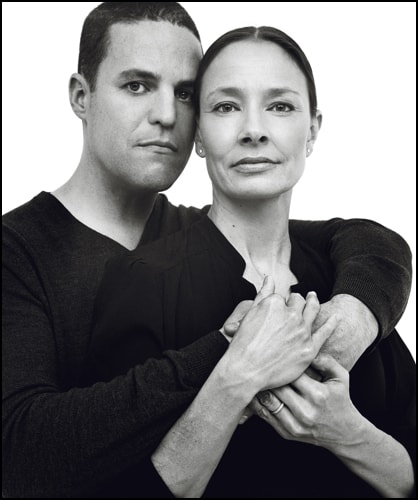 One minute I was heading over to pick up my daughter Lulu from ballet, the next I was huddled in the back of an ambulance with my only living child, my three-year-old daughter Nessie, clinging to my chest.

Moments earlier, Nessie and I had walked into the horrifying scene of my six-year-old daughter Lulu and two-year-old son Leo dead at the hands of our babysitter.

The weeks that followed were surreal. There were terrifying flashbacks, police inquiries, and psychiatrist appointments. There was media attention, an apartment we could never return to, and a memorial service. All of this coupled with the overwhelming grief that always ended in the questions “How did this happen? Why did this happen?”

In the weeks following Lulu and Leo’s death, some magical things happened. I noticed a piece of street art on a construction site—a stencil of a young boy holding a sign filled with colorful hearts. I instantly connected him to Leo.

I felt that maybe the universe was trying to tell me something, that it was helping me to realize that there was a beautiful “new” relationship waiting to be developed with Lulu and Leo.

Over the next few weeks, my senses were awakened. I started noticing other connections. One quiet morning, I was walking along the beach and The Peanuts Theme Song, a family favorite that was played at the kids’ memorial service, was blasting from a beach house.

Another time at the beach, a man was jogging by and when he reached Nessie and me, he stopped directly in front of me and said, "You and your daughter are extraordinarily beautiful.” Surprised, I thanked him and he jogged away. I really loved that simple message from a complete stranger. I wondered if somehow it was being delivered from Lulu and Leo.

These small moments mattered in the months after our kids died.

They showed me that there was still a way to connect with them. It was an approach inspired by who they were and what they loved. It required creativity, always an important influence in my life. I wanted to teach Nessie that she could approach life and connect with her siblings this way, too.

On the first Mother’s Day after their death, I had an idea. On our last vacation together, Lulu and I had collected dozens of large sand dollars from the beach. I spent this Mother’s Day hanging up those sand dollars for display on an empty wall in our apartment. It was a simple way to express myself, feel present, and connect with Lulu and Leo on a really tough day.

This creative philosophy is what inspires us at the foundation we created in honor of our children. Our main initiative—Choose Creativity (choosecreativity.org)—reflects the principles behind the way we lived when the kids were alive. These principles are the foundation of how we were inspired to cope with their loss and how we’ve begun to thrive again.

Marina Krim is a mother, teacher, artist, and entrepreneur. As co-founder, board member, and creative director of the Lulu & Leo Fund and ChooseCreativity.org, Marina turned the tragic loss of two of her children into an inspirational movement that empowers children, families, and communities to survive and thrive in the face of adversity. Marina earned her master’s and bachelor’s degrees in education from the University of Southern California, and has served as a teacher in California and New York, as well as founder of several creative businesses. Marina resides in New York with her family.