“I needed an object, I decided... Something tangible to affix my love and my loss to.” 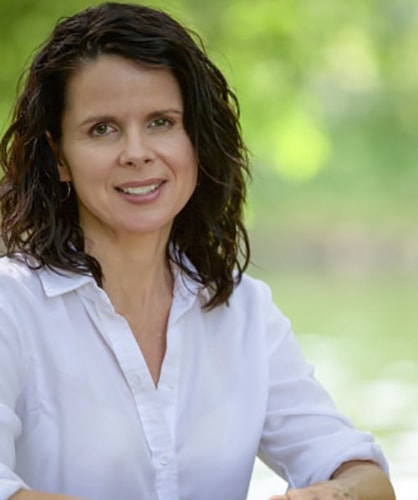 It started with a miscarriage. After the blood, the pain, the unexpected passing of the fetus in the toilet, there was only grief, a great gaping hole in my world that refused to fill.

Months went by—enough time to have a second miscarriage. I realized finally that I had wrapped myself in grief like a thick winter coat, not wanting to feel better, since that would require separating myself from those babies.

I was wanted back in the land of the living. The question became how to find my way back.

But I had a six-year-old son and a husband; I was wanted back in the land of the living. The question became how to find my way back.

I felt I needed a ritual, but of course our culture hardly mentions miscarriage at all, much less offers us a structured, communal way to mark this most tender of losses.

I needed an object, I decided. Something to remember these babies (especially the first one) by. I’d lost them before we’d bought clothes or toys, or anything I could cradle or enshrine.

I needed something tangible to affix my love and my loss to.

And so I turned to religious items. My family didn’t go to church when I was young, but growing up in New Mexico made me a lifelong cultural Catholic, a sucker for holy candles and scapulars, and a half-believer in Milagros. A santo, I thought—with the overabundance of Catholic saints, I’ll find myself a Saint for Lost Babies.

I got online (this was in the earliest days of the Internet; it was my first-ever attempt to buy something online). The search was slow and fruitless. I learned (according to that long-ago search, at least) that Catholics have patron saints for almost every malady—even indigestion and hemorrhoids—but not for miscarried babies.

So I looked eastward. My then-husband Clyde had lived in Japan for a few years before we’d met. The Japanese have a Buddha named Jizo, he told me, who protects pregnant women and babies—including miscarried and aborted babies. That was all I needed.

Clyde remembered he’d brought back a Jizo from Japan; after a couple hours of searching through thirty-odd Japanese cardboard boxes, he came back victorious. He held a small box covered in white and gray stripes. Inside was a beautiful, tasteful Jizo, but he seemed unapproachable: cast in metal, slim, with a serious face. Not for babies.

I didn’t hide my disappointment—I really needed this to be right. Clyde, working hard to placate me, offered up his Jizo as a “placeholder” until we found a more comforting one. So I put Cold, Serious Jizo on my nightstand and got back online.

Many images of Jizo are on the cute side—chubby, round-faced, and bald, as befits a guardian of babies. This is what I wanted: something almost cuddly, if a statue can be cuddly. I found what looked like just the thing on the Shasta Abbey monastery website: roundish and sweet, stone gray. I placed the order and started obsessing over each day’s mail.

The package came about ten days later. I went in the bedroom, closed the door, sat on the bed, and prepared for Sweet, Cuddly Jizo to heal my heart.

Alas, it was not to be. Sweet, Cuddly Jizo was mottled gray plaster, with a visible seam running up and down both his sides where plaster had seeped outside his mold. He was hollow. And leaned to the right when you stood him up. I cried a little, then packed Hollow, Crooked Jizo and sent him straight back to Shasta Abbey.

On to Plan C. Clyde still had good friends in Japan. They fanned out in a great search, determined to find the Jizo that would finally be It. Dozens of emails were exchanged and a couple months went by—this one was way too big, that one was way too expensive.

Finally, Clyde heard from a friend that she’d found “The One” in a monastery—the right size, the right price—and it had even been blessed by a Buddhist priest. “Let’s do it,” we emailed. And we started stalking the mail carrier once again.

When it finally arrived a couple weeks later, we waited until our son was asleep, then shut ourselves in our bedroom to unwrap it. Inside the package was a lovely card, and a small box with white and gray stripes. And inside the box—Jizo. Beautiful, Tasteful Jizo: metal, slim, with the serious face. Identical in every way to the Cold, Serious Jizo who’d lived on my nightstand this whole time. Even the box was identical.

I laughed and laughed—uncontrollable belly laughs I hadn’t experienced in months. The message was instantly clear to me: “The Buddha you want is the Buddha you already have.”

It took me months, a worldwide search for statuary, and two identical Jizos to finally get me to understand: I’d been looking across the world for healing, and what I needed was at home, right next to me. My son and my husband, not to mention a whole world full of magic and mystery. My two twin Jizos, who still stand side by side on my nightstand fifteen years later, remind me of that every day. As does my fourteen-year-old son, conceived a year to the day after that first miscarriage.