“It seems no one talks with raw emotion and humor about grief.” 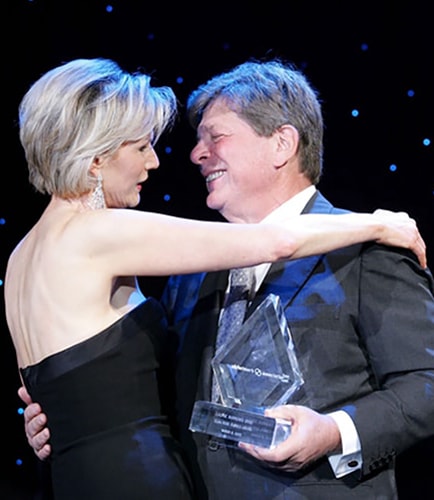 On August 1, 2015, my husband Peter and I were on our annual vacation in Vail, Colorado, with the same group we’ve been meeting there for over twenty years. We always looked forward to these trips, seeing old friends from our college days, attending the ballet, and enjoying the fresh mountain air, even though breathing at altitude is a constant challenge in Vail. On that Friday, Peter played eighteen holes of golf and was exhilarated. He hadn’t been well for a while, and he was thrilled that he could play golf with his buddies and watch the ball fly for miles in the altitude. I hiked with my girlfriends, shopped a little, and then our group went to the amphitheater for a magical outdoor concert. After the concert, Peter wasn’t feeling great, but we chalked it off to the altitude. When in Vail, blame it on the altitude!

We managed to go to dinner, where Peter picked at his food—uncommon for him, since his favorite occupation was eating. We then returned to the house and both of us fell asleep quickly. In the middle of the night, I was awakened by Peter screaming, “I can’t breathe, I can’t breathe!” He was writhing around in the bed, so I ran upstairs and told my friends to call 911. I told him over and over to stay with me. With tears streaming down my face and my heart racing, I asked him my name and he said “Laurie.” I asked him my name again, and he said something that was unintelligible. My heart stopped then, because I knew his mind was gone.

Then he slipped away right in front of me. By the time the paramedics came, I knew he was gone.

One minute he was laughing and happy, and the next minute, my beloved husband of forty-seven years was dead. I was in shock. I fell to the floor with heaving sobs, not able to comprehend what had happened.

Peter’s health was continually precarious, but he always rallied. This time, he didn’t. Suddenly, out of nowhere, my life as I knew it was over.

When I married Peter at the age of twenty-three, I knew I had found the person who would cherish me unconditionally in sickness and in health. We met on October 17, 1967. I was wearing a rabbit mini-skirt and go-go boots. He was wearing khakis and penny loafers. It was love at first sight. We were engaged two months later, and married two months after that. I had found a man who wouldn’t stop pinching my ass (even though I am deficient in that area), who wouldn’t stop reaching for my boobs (I am much better in that area), and who wouldn’t stop saying that he had lived life fully with the woman he loved and had no regrets—and that was before Zoloft.

We had the most amazing marriage. I don’t know many marriages where couples spend so much time together and still want more. We were best friends and worshipped one another. Every time I saw his face come through the door, I sighed like a lovestruck schoolgirl. Peter experienced some serious illnesses, but he always recovered. He’d bounce back and be stronger.

But this time, he didn’t bounce back. He didn’t come back to me, and I am beyond desolate. Widowhood is dreadful and I don’t want to be a member of this club. Jane Austen’s 19th Century widows are clothed in black with bustles and veils. That isn’t me—it couldn’t be me! Oh, how I would prefer to be just a golf widow.

But the reality is that I’ve been unexpectedly thrust into widowhood.

I have discovered that women today are more open about the pain of childbirth than they are about the pain of grief. We used to hide the reality of childbirth, but now we talk openly about ways to help each other cope with the pain. Years ago, we talked in hushed tones about cancer as the “c” word, never wanting to say it aloud and give it credence. Plastic surgery was another unmentionable subject, but today we talk openly about our fillers and scars. Even anti-depressants were taboo subjects, but today people proudly talk about their doses of Prozac and Lexipro!

I finally saw a grief counselor two weeks after Peter died. She was comforting and nice and had an ample supply of tissues. I told her I have been demoted to lunch, as in, “Oh, let’s have lunch, Laurie, and talk about Peter,” instead of “Oh, let’s have dinner, Laurie, and talk about politics,” which is what people used to say when we were a couple. She doesn’t laugh at my jokes, but realizes that I need humor to get me through this. Who knew no one talks openly about the pain of grief? She asked me to describe it. I say it is like a weight tied around me and I feel submerged in water and can’t get to the surface. Is that a description or a pattern of torture?

A month after Peter died, I put all my feelings into a treatise called “Demoted to Lunch; the Underbelly of Grief.” The Huffington Post ran it, and it went viral. It seems no one talks with raw emotion and humor about grief, but I am grateful that the door has opened for me to talk freely about it now.