“Maria has always had a special place in our family and she always will.” 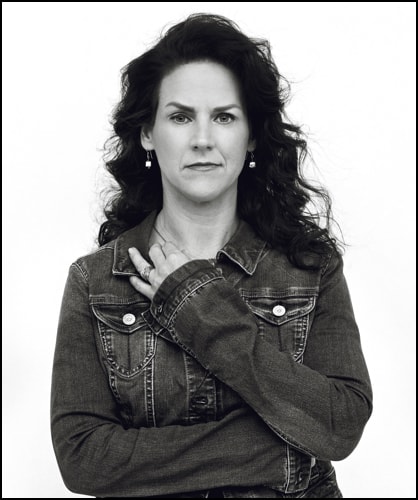 Maria died almost twenty years ago. She was fifteen months old and my first child. On the night of July 29, 1997, she woke up with a fever. She seemed fine again the next morning; I even remember her dancing and singing in front of a commercial for a Winnie the Pooh movie. But when I went to wake her from her nap, she was unresponsive. I knew something was dreadfully wrong. I called 911. I did CPR. So many people tried to change the outcome, but she was already gone.

Afterward, I was amazed that my heart could still beat. The pain was like nothing I’d ever imagined—both emotionally and physically.

I remember sitting on my porch asking myself, “What will I do for the rest of my life? Am I still a mother?” A neighbor came by and told me that she lost her first child too. Her story gave me hope. She was a happy woman, and I never would have guessed she had this tragedy in her past. She told me, “Laura, right now, all you can feel is your loss and pain. But someday, you’ll be able to focus on the happy memories, and it will help the pain.”

Physical activity was the most helpful thing for me. I biked almost every day. I would stop and cry, and then I’d feel a little bit lighter. I also took on projects like painting a room, tearing down wallpaper, and cutting down a bush in my yard.

I would stop and cry, and then I’d feel a little bit lighter

Friends helped by doing practical things. A friend offered to do my grocery shopping. To me, that was incredibly compassionate, because I couldn’t bear to go shopping and see the baby aisle.

Most people have heard of sudden infant death syndrome (SIDS), when young babies die and a reason can’t be determined. But you don’t hear about it in toddlers like Maria or older children. None of the test results from her autopsy explained anything, and it was very hard not to blame myself. I looked for medical research on the issue and found nothing. It made me feel completely alone.

The experience led me to co-found the Sudden Unexplained Death in Childhood Foundation so others wouldn’t feel so alone in their grief. Fifteen years later, our foundation has reached more than eight hundred families in sixteen countries. We’re funding hundreds of thousands of dollars in research, including the SUDC Registry and Research Collaborative at NYU Langone Medical Center. I want to help find a cure so that no one else has to experience what I went through.

Maria has always had a special place in our family and she always will.

Laura is a research scientist in the Department of Neurology at the NYU School of Medicine, co-investigator of the SUDC Registry and Research Collaborative, and co-founder of the SUDC Foundation. Laura is a licensed Physical Therapist in New Jersey and New York. She earned her undergraduate and postgraduate degrees from New York University in 1990 and 1996. She lives in New Jersey with her three youngest daughters.