“Nothing compares to the comfort and care of someone who has been there.” 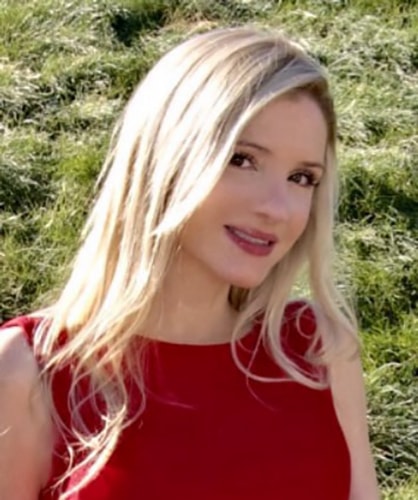 Michel and I met by the beach in Martha’s Vineyard during the summer of 1994. Our love blossomed. On July 17, 1996, Michel boarded TWA Flight 800 in New York to fly to Paris. At the final boarding announcement we exchanged our final “I love you’s,” and he said he would call when he arrived in Paris.

That evening, my mother called. She said, “Please tell me that Michel didn’t go to Paris tonight!” I turned on the TV and watched the TWA Flight 800 debris burning on the dark Atlantic Ocean. Suddenly everything stopped and my life stood still. My mind began racing and I kept thinking, “This could not possibly be his flight.” He was young. He was just talking to me an hour ago. There were life rafts floating on the water, and of course in my mind he was safe on one of them—because the alternative was unthinkable.

Michel was the person I would have turned to for comfort during a time like this, and he was not there.

The next day they announced that there were no survivors. I had planned my whole future with Michel, and suddenly it was torn apart. It took weeks for his body to be recovered. In my heart, I held out hope that he had survived. I would look for him in the places that we had frequented together. As the initial shock subsided over the first weeks and months, the agony intensified as the fact that he was not coming back set in. If you’ve ever lost someone close to you, you may relate to the feeling of having your best friend taken away at a time when you needed them the most. Michel was the person I would have turned to for comfort during a time like this, and he was not there. I had expected a separation of days, and suddenly it was forever.

I learned that nothing compares to the comfort and care of someone who has been there.

Long after my friends thought I should be “over it,” I was not. The process of grieving had just begun. I searched for months in New York City for a support group. Finally, I attended a meeting for the families of Pan Am Flight 103, which had crashed eight years earlier. For the first time in months, I didn't have to apologize for my tears. Those family members still shed tears. I saw that they had survived, so I knew I could, too. I realized that the compassion they offered through their firsthand experiences is what helped me the most. During that meeting, I learned that nothing compares to the comfort and care of someone who has been there. Since that day, I have tirelessly worked to fulfill my vow that no one should have to go through their grief alone by founding the peer grief support network ACCESS, which offers individuals the sharing and support of others who have been through a similar experience.

Heidi Snow Cinader is the founder of AirCraft Casualty Emotional Support Services (ACCESS) and the author of Surviving Sudden Loss: Stories from those who have lived it. Heidi is regularly featured on national news networks addressing sudden loss and grief and was featured as CNN's "Most Extraordinary People" for her work with the bereaved.