“I will keep breathing in and letting out—strongly, deeply. For him. Grief is something to love.” 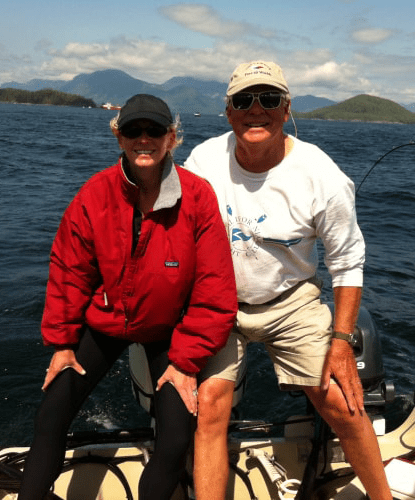 When I ordered the machines to be turned off, it took fifteen minutes for my father to die. I didn't know much about the dying process until I was standing before it for the first time. I felt like a passenger in a car traveling too fast, forced to witness death's awful reality—a radically destabilizing mix of beauty and horror. It was unfair that after eleven days in the hospital and two rounds of chemo for a treatable cancer, my father succumbed to septic shock at the age of 69. I held his hand. My sister caressed his forehead. It was all so upsetting and transfixing. Thoughts of God did not enter my mind.

After the nurse confirmed his death, I instantly recalled a line from the artist Laurie Anderson: "When my father died, it was like a whole library burned down." I then agonized over what grief would be like, if I had something to fear in its process—the unexpected. No one that close to me had ever died. The control freak in me wanted to know what to anticipate, no surprises. I would soon come to learn the ultimate lesson: Life is defined as much or more by the events you don’t plan or pursue as by the events you do plan or pursue, such as degrees, marriage, and having children.

My father was one of the great loves of my life. His passing affected me in a way that outdid the experiences of getting married and having children combined. The world has been recast in new colors and textures I'm not familiar with. I don't see or think the same. My heart beats to a different rhythm. The sound of my inner voice, the taste of food, the touch of my husband, and the way I admire my young children have all shifted.

He was a force, one of those outrageous characters who got away with everything in part due to his good looks and irrepressible wit.

He was a force, one of those outrageous characters who got away with everything in part due to his good looks and irrepressible wit. At the same time, he was the salt of the earth with a large, diverse group of friends who all revered him. At his memorial, I was struck by how many people claimed him as their best friend. For me, he was more than that—an extension of me, or maybe I was an extension of him. Now I am missing a limb.

My husband tells me he can't wait for me to stop being so sad and angry, for me to be back to my old self. The thing is, though, I enjoy being sad and angry—there's something about this process that's pleasurable and purposeful. It's as if I got a bad haircut and have to wait until it grows out. Human suffering is essential to some degree. Life would be a robotic bore if we felt content all the time.

Grief zigzags. It ebbs and floods like a strong northern tidal current, but you don't have the tide guides to know when it's coming or going. One day, you're fine and accepting of all that happened. The next, you're asking questions and reminding yourself that there's no going back. Your life has been abruptly divided into two lopsided parts: before and after. I don't know if it's what I expected. It just is.

No matter how high the tide or how fierce the weather, one can always look ahead with confidence and resolve. Just like my father lived.

In Option B, Sheryl Sandberg states: "Grief is a demanding companion." Boy, is it ever. But it rides with an electric current inside you that has a semblance of gratifying intoxication and renewal. I will stand strong in the winds of change. No matter how high the tide or how fierce the weather, one can always look ahead with confidence and resolve. Just like my father lived.

Every year over the past twenty-odd years, my father took me fishing for king salmon in British Columbia. We'd camp together on a boat with one of his old buddies, drink beer and whiskey, tell stories, and watch the fishing lines. On my most recent trip without him, I took a scoop of his ashes with me and sprinkled them at a few of his favorite spots. The bald eagles were watching as if they could relay a message.

My father left me some of the most essential life tools of all: he instilled in me the power of pluck, integrity, and common sense. I have a few more tickets to use and a few more fish to catch. I will keep breathing in and letting out—strongly, deeply. For him. Grief is something to love.