“There is both a harsh reality and a profound wisdom in accepting that some losses cannot be explained or redeemed.” 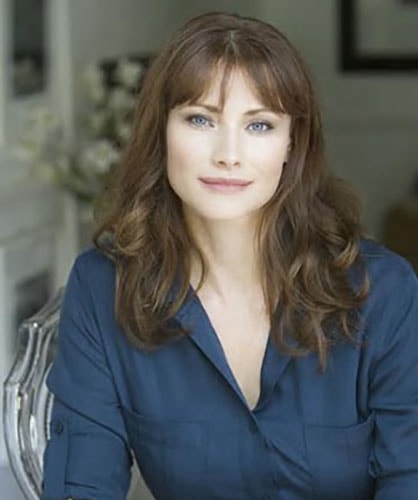 I am well acquainted with unwelcome transitions and grief.

Between 2002 and 2011, I moved ten times for my husband's graduate education and career. In 2012 he died in a car accident, leaving me widowed with three boys to raise.

Noah was my best friend, co-adventurer, and the father of my children. He was brilliant, wildly creative, and disarming in the way he could bring both levity and depth of thought to any conversation.

Admired and loved for his poetic and humorous ways of relating to life’s polarities, Noah marveled at its absurdities. He celebrated life’s beauties despite its brokenness. He had an unassuming yet witty and passionate presence that drew a motley crew of interesting people into our lives.

For more than a decade, I was content to build my life around his theological career and passions. I left my Canadian homeland, served overseas in South Korea, set aside my own graduate school ambitions, and labored alongside him in the United States as he pursued his vocation. I had more faith in his potential than anyone I’ve ever known.

Noah’s presence was the most consistent thing in my adult life. He was my home. My partner. The keeper of memories and the muse for my secret ambitions. We had plans to write, to travel, and to start a broader cultural conversation about authenticity, shame, and spirituality in a culture that had grown increasingly manic, competitive, and superficial.

On the day Noah died—March 6, 2012—everything shifted unalterably for me.

Widowed at the age of thirty-six, I found myself with three boys to raise in a new community where I had few friends. Despite the well-intentioned people around me, I grew weary of the platitudes, empty consolations, shallow spirituality, and superficial self-help that minimized my loss and prevented me from grieving honestly.

In his absence, I was riddled with guilt and paralyzing self-doubt about whether I could be resilient in the face of adversity.

According to the Holmes-Rahe Life Stress Inventory, the death of a spouse is one of the most stressful events a person can experience. This felt especially true for me.

I didn’t know how to live without Noah. In truth, I didn’t want to at first. In his absence, I was riddled with guilt and paralyzing self-doubt about whether I could be resilient in the face of adversity.

My grief had eclipsed my desire to innovate, create, or celebrate the many good things this one precious life holds. It kept me from being the person I so earnestly wanted to be: the woman who pursued joy fearlessly, loved wholeheartedly, and dared to have meaningful conversations about what makes life worth living.

But how could I live a meaningful life without the man I loved most? How could I be joyful or hopeful when I’d been utterly betrayed by the naïve optimism of my youth?

I found no comfort in the rote religious consolation offered by some of the people closest to me. Nor did I believe the universe was unfolding as it should … or that everything happens for a reason. Making sense of this loss was too difficult.

We are wired to make meaning, moment by moment, in a world that is predictably unpredictable and unfair.

The biggest hindrance to my healing was my desire to make sense of why Noah had died.

There is both a harsh reality and a profound wisdom in accepting that some losses cannot be explained or redeemed. They can only be navigated with grit and grace … and the belief in the possibility of growth for those of us who choose to love life, even in the shadow of death.

I’ve since learned that asking, “Why do bad things happen?” is rarely helpful or edifying. Life is hard. Loss is inevitable. A more empowering question to ask is, “What’s next?”

The reality was that Noah was gone. I was still here. So were other loved ones. And life was still worth living.

I knew I could not risk the life I still had for the one I had lost.

So I chose to lean in to grief. What emerged was a deeper love of life, a greater compassion for others, and the ability to broaden the cultural conversation around loss, adversity, and healing.

As I’ve studied resilience and post-traumatic growth, I’ve come to appreciate the body of emerging research from the field of applied positive psychology. It has enabled me to integrate evidence-based practices and principles into my own healing journey and empowered me to help others: experience more positive emotions, engage in the world wholeheartedly, have richer relationships, find greater meaning and purpose, set and accomplish meaningful goals, and achieve greater physical and emotional vitality.

Beyond that, I’ve discovered a growing community of kindred spirits who are courageous and honest enough to reflect on our frailties and foibles while still holding space for life’s wonders and mysteries … and the hope of what can unfurl as we are transformed.

Rachel E. Roth a Resilience Coach, Positive Psychology Practitioner, and Grief Support Specialist. She is also the founder of The Flourishing Space—a learning community devoted to cultivating deep-rooted resilience and wholehearted growth, especially in the wake of transition and life-altering loss.