“It was a long journey out of the darkness, but once I discovered what my purpose was I began to heal.” 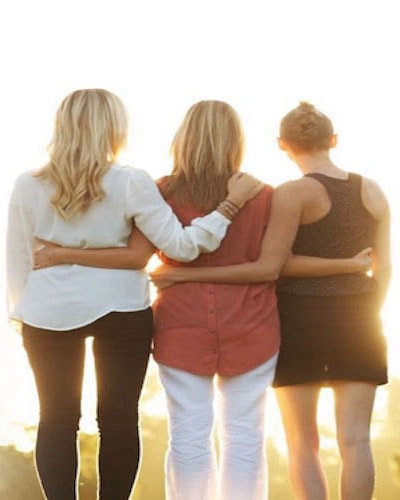 When I was twenty years old, my seventeen year old brother and seventeen year old cousin were killed together in a car accident. This tragic event turned my world upside down and put everything I ever believed into question. I didn’t know how I was going to survive, or even if I wanted to. This was not the life I had planned, it was not the life I had signed up for, and it was not the life I wanted. According to statistics, the majority of siblings in the United States will spend eighty to one hundred percent of their life with each other. Unfortunately, I was not in that majority, and at twenty years old, I had to face the rest of my life without my brother. None of my friends had ever had a sibling die and they couldn’t relate, they wanted me to get over it, and find closure. We don’t get over a loss, we learn to live without the person in our lives. As for closure, it’s for bank accounts, not love accounts.

The death of my brother was a double loss. I had lost not only my brother, but also the parents I once knew. I felt extremely guilty that my only brother had died, and my parents still had three living daughters. I have since learned that survivor guilt is normal among siblings. After all, Scott carried the family name, was extremely athletic, popular, and was adored by his sisters. He was very easy going and was an all around great guy. I hid my grief from my parents because I was trying to be a good daughter and didn’t want to cause them more pain. I worried a lot about my parents, as they had lost their only son. I even felt guilty grieving since my parents had experienced the loss of a child. After Scott’s death my parents received hundreds of condolence cards—I received one. I felt my grief was overlooked and unacknowledged by the world. When I told people I had a brother who died, they would reply, "wow that must have been very hard for your parents,” or, “be strong for your parents, they have been through a lot.” And while it was very hard for my parents, it was also hard for me. I felt lost and alone and didn’t know how I was going to make it without my brother in my life.

Several months after Scott’s death I went on an Outward Bound survival program in the Colorado Mountains, a program Scott had done the year before. Prior to boarding the plane my father handed me Victor Frankl’s book Man’s Search For Meaning. This book had a profound effect on my healing journey. It’s the story of how Victor Frankl survived the Holocaust and found the will to live, even after his entire family perished in the concentration camps. Frankl quotes Nietzsche in the book, “He who has a why to live can bear with almost any how.” In other words: if you have meaning and purpose in your life, you will be able to get through each day.

Finding Hope and Transforming my Life

It was a long journey out of the darkness, but once I discovered what my purpose was I began to heal. I realize that I am on this earth to help others who have experienced loss, and to give a voice to the bereaved.

Scott’s death has defined my life, but in no way has it destroyed my life.

I have found hope and joy again. Though my brother is no longer on this earth, he continues to have a profound influence on my life. In 1998, I gave birth to my son Alexander and it was such a joy to know that he had some of the same genetic makeup as my brother. I always wanted to give Alexander the gift of a sibling, since the sibling experience has been so important to me. However, after two miscarriages and years of infertility, it was no longer in my life plan. In 2006, I flew to China to adopt my daughter Samantha (now twelve). When I held Samantha, I knew she was the daughter I was always meant to have. My children are extremely close, and it is such a joy to see them together—it brings back so many wonderful memories of my own childhood. Today my life is filled with joy and I have met so many incredible people in my grief journey. I once again have passion, meaning, and purpose in my life. Scott’s death has defined my life, but in no way has it destroyed my life. Although I am poorer for having lost Scott, I am so much richer for knowing him for seventeen years. Although he is gone, his memory remains forever in my heart and he is my guiding light!

Dr. Heidi Horsley, is Executive Director and Founder of the Open to Hope Foundation, an internet based resource offering hope for those grieving a death. Heidi hosts a weekly award winning cable T.V. and internet radio show, called Open to Hope, and is an adjunct professor at Columbia University. She has a private practice in NYC and has co-authored eight books. Heidi serves on the National Board of Directors for The Compassionate Friends, and the advisory board for the Elisabeth Kubler-Ross Foundation. She is a licensed clinical psychologist and social worker. For ten years Heidi was on a 9/11 FDNY-Columbia University research team, working with families who had lost a firefighter in the World Trade Center. Heidi dedicates her work to her brother Scott, and cousin Matthew, who died together in a car accident at seventeen years old.