“Accepting, not resisting ourselves and our experiences, actually allows for the release in the present moment.” 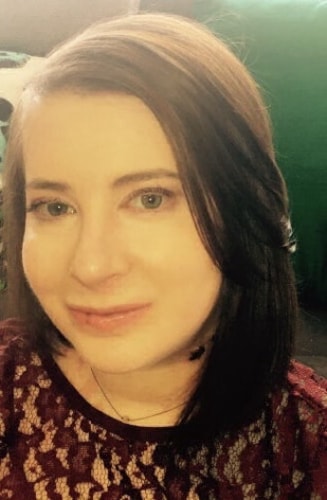 In April 2016, I found myself in the darkest place I had ever been in. I was battling severe Post Traumatic Stress Disorder stemming from almost dying from Malnutrition and Sepsis. It was a physical health battle that had lasted ten brutal months. This wasn't my first dance with illness, I was born with a rare disorder called Epidermolysis Bullosa and have been a professional patient my entire life. Still, life sometimes decides to raise the stakes, and give us way more than we can possibly imagine handling. So just as I started to adjust, once again, to the “new normal” that my disorder sometimes throws at me, my stomach literally decided to go on strike and stop working. With my physicians not being able to understand why I suddenly could not digest food or sleep for more then three hours at a time, I ended up in the hospital sleep deprived, weighing eighty five pounds and on the verge of a mental breakdown.

I was given a central line that went directly into my heart to provide my body with nutrients. Eventually I was discharged and everything was going seemingly ok…until the line got infected with MRSA and back in the hospital I went, going septic. I was eventually discharged and after a four month course of IV antibiotics I was introduced to a protein formula that my GI system could tolerate. Though I was beginning to recover physically, the other half of me felt beyond broken.

Mentally I was consumed with rage and sadness like I had never experienced. I would have panic attacks and flashbacks whenever I left my apartment, and wanted only to be around loved ones. I felt I lost myself as I had given up on grad school and my career aspirations of wanting to help others who are struggling with illness. I would angrily think I never want to help a single soul again. However, over time I realized, the person I was most angry with, was myself. My body. For a long time I thought that couldn’t be true. But it was. I hated EB, I hated my stomach, and I hated the way I thought my body had failed me.

While there were things I loved about myself I wanted nothing more then to try and destroy and cast out the parts of myself that were not desirable.

So how did I dig out? I just gave myself a big ol' hug, said “love ya girl” and went on my way. Ha. Just kidding. What I did is much harder. I sank deep into the mud and sat with myself in the darkness. I shrugged off the “strong” facade and fell apart. I cried for as long as I needed, I raged, I went to therapy four times a week, and I let loved ones remind me that deep inside I was still there and would survive this. Music had always been healing to my soul so one day my friend, Lily, signed me up for music lessons and each week she dragged me to my lesson with dirty hair and in pajamas. I would get there, sing, write songs, and even smile for a few seconds. Then, on a whim, I gave myself a gift and signed up for improv classes, much to my own surprise. Those two hour classes allowed me to escape, even laugh, and slowly, joy poked its head out. These were two enormous tools in helping me remember myself, find my voice, and therefore my resilience.

Slowly, joy poked its head out

Last week, I was watching the show Once Upon A Time. The character Regina, depicts The Evil Queen we all know from the story Snow White. In order to try and get her happy ending she removes her dark and undesirable parts by splitting into two people, The Evil Queen and Regular Regina. In the end though, both sides realize only pain comes when you try to deny any part of yourself.

Really at the end of the day all anyone desires is to completely love and accept every single inch of themselves. Even if they’ve been broken a few times and the edges, though sewn back together, don't quite meet like they used to.

I can say from experience that putting one’s self back together isn’t always the easiest. We run, we resist, and we become impatient with ourselves until finally exhausted and left with no other options, we may choose to slow down…and let it all in. I finally learned that hating any part of yourself is exhausting. Accepting, not resisting ourselves and our experiences, actually allows for the release in the present moment. And funnily enough, once you slow down, time tends to expand and the thing you were rushing toward is all of a sudden right in front of you. Now here I am one year later with my calling clearer than ever. I’m here to learn the messy lessons life can dish out, so I can in turn, help others. I have finally stopped running from the pain and can now witness all of the beauty it has left in its wake. Although much was taken from me these past few years, I gained one important relationship all of us are secretly craving, I finally befriended myself.

Corinne Marie is a writer and speaker, living with a rare chronic disorder Epidermolysis Bullosa (EB). Although from birth her disorder has impacted much of her life, it does not define her as a person and she loves exploring and observing what drives human behaviors and emotions. She also has no qualms sharing her own embarrassing tales for the sake of a good laugh. Her biggest hope is to shine light on the fact that "disabled" individuals, are really anything but. In fact, every single person’s body, mind, and soul are all uniquely abled. In graduate school, she enjoyed studying the therapeutic use of music for individuals with physical and mental illnesses, and believes that any use of creative expression is always valuable.

In her free time she loves obsessing over music, fashion and pop culture, and sometimes has a hard time accepting that the people inside the television screen aren't actually real. She also can’t resist an impromptu dance circle. You can follow her journey at www.corinne-marie.com and over on Instagram @rin.marie10