“Battle scars make you realize how precious and valuable life really is.“ 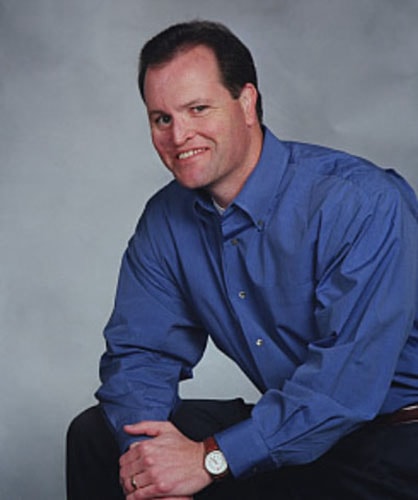 At age 20, my life was smooth sailing. I was a junior at the University of California at Berkeley, a confident, athletic, successful student. Some even considered me handsome. I was living life on “easy street.”

But that year, several people asked if something was wrong with my nose. My right nostril appeared to be flared out, and I eventually noticed a bump pushing against the inside of my right nostril. When it didn’t go away, I made an appointment with a doctor. After initially telling me it was probably a pimple, he finally suggested a biopsy when it was still there three weeks later.

It turned out that I had a malignant maxillary tumor, a rare fibrosarcoma. I would later discover how lucky I was that I got the right diagnosis given how few of these tumors pathologists see. The bulk of the tumor was removed during the biopsy, but I underwent surgery to excise any remaining tumor cells. Fortunately the procedure was minor, and with only a few sutures, I returned to classes looking like I had been in a fight with someone, not something.

But six months later, I discovered a new lump in the same nostril. Then my cheek began tingling. Numerous specialists confirmed that my tumor had procreated. Prescribing more surgery, my doctor warned that I might lose part of my nose, but his main concern was saving my life. I suppose I was too young to contemplate dying, but the notion of disfigurement was devastating.

I awoke from surgery to find that he had removed not only half my nose but also half of my upper lip, muscle and bone from my right cheek, the shelf of my eye, six teeth, and part of my hard palate. My doctor promised to make me “streetable” before I left the hospital. What I didn’t realize then was that this was his way of preparing me for a life of disfigurement.

As I re-entered the world, I noticed adults staring and children pointing—and sometimes laughing—at me. My hospital room had protected me; outside of it, I was vulnerable and exposed. Of course I cared what other people thought of me; I relished the admiring looks the old Terry had received. Now I was petrified of potential reactions to the new Terry.

During the following months, I encountered many friends whose occasional and inadvertently negative reactions left an indelible mark. Even worse, radiation treatments were shrinking my facial tissue, magnifying my deformity. My self-esteem sank increasingly lower, and I constantly sought reassurance from others: “Do I look okay?” “Is it awkward for you to hang out with me?”

Five years and 20 reconstructive surgeries later, I was still plagued with insecurity. During my last procedure, I met a woman receiving treatment at my hospital. We began dating, but after hearing me ask—for the umpteenth time—how she felt about my looks, she ripped into me. The bulk of my problem, she informed me, was not my physical appearance, but my emotional insecurity. Her honesty helped me realize that my mental and emotional scars were far more disfiguring than my physical ones. Once I got over the devastation that she was no longer interested in me, I began to realize how lucky I was that she had highlighted my greatest weakness. With a fresh perspective, I realized that surgery wasn’t something I could control. What I could control was focusing on rebuilding what was inside.

I began examining myself from the inside out and used prayer and support from loved ones to boost my spirit and self-esteem. I volunteered at The Wellness Community (now the Cancer Support Community), and discovered that helping others is great therapy. I felt progressively better as I offered inspiration and hope to those coping with cancer. With time, my emotional pain subsided.

Altruism seemed to be the greatest form of therapy. I began to feel better about myself as I realized that I could bring tremendous inspiration and hope to those coping with cancer. Over time, the pain I felt from being an outcast subsided.

We all wrestle with insecurity. For me, it took something devastating to recognize that battle scars make people interesting and wise; trauma helps us appreciate life and prepares us for its inevitable adversities. Today I am thankful for who I am—a much stronger and wiser person than the old Terry. I am grateful for my experience because I appreciate every day of my life, and I am more forgiving and tolerant than ever before. What I learned I hope to teach others.

• Each of us has the ability to take control of our lives. We have to learn to focus on what we can control, and stop worrying about what we cannot control.

• We owe it to ourselves to surround ourselves with people we trust. Without trusting my family, friends, and medical team, I wouldn’t have had the positive attitude necessary to carry on.

• We can all face our challenges, but we need to focus on the most pressing issues so we don’t get overwhelmed with all that we want to improve about ourselves.

• And finally, we need to be aware, alert, attentive and more accepting of one another, because we never know in life who or what will impact our lives and inspire us to achieve things we never thought possible.

I remain cancer-free 31 years after treatment. I published a book about my triumph in 2006, called At Face Value. I am also a motivational speaker, and though my primary business is technology marketing strategy consulting, speaking has proven to be the most therapeutic part of my recovery. I learned a lot at a very young age and am grateful for those gifts and lessons that I hope I can communicate to people faced with challenges and adversity in their own lives.

Terry Healey is a technology marketing strategy consultant. He is also an author and a motivational speaker. You can contact him via email at terry@terryhealey.com. For more information about his speaking and his books, please visit his website http://www.terryhealey.com.