“If words and action can foster my healing, they can transform others as well.” 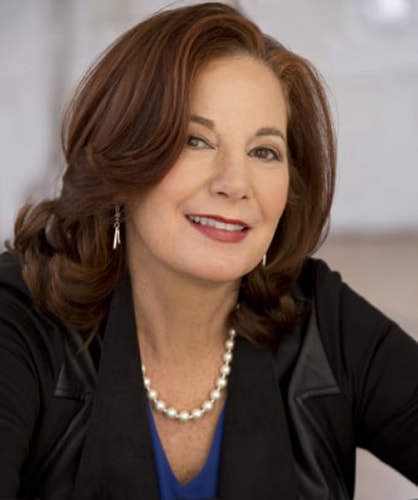 “Did you ever think your shoulders would need to be so broad?”

Deb’s question came sometime between my son’s autism diagnosis and my husband’s first heart attack—or was it between my breast cancer and my daughter’s bone marrow transplant? Others had posed similar questions as they watched the parade of challenges arrive between 1993 and 2009.

Caryn, the adult, had no answer. But the little girl inside me, sentinel of secrets and shame, master of silently powering through tough stuff, had a question of her own: What would you say if you knew about the early years?

If you knew my mother and her lover orchestrated a clandestine getaway with their seven young children, taking us out of the country for two years …

If you knew my family home was twice broken …

If you knew, how would you respond? With disbelief? I’ve lived through it all and still can’t believe it.

We know what we know. We don’t always know what we don’t know. I didn’t know about the effects of adverse childhood experiences until I was in my fifties. But I knew about survival. For decades I unwittingly honed and employed resilience muscles: head down; eyes focused forward; heart fiercely protected. I waited for shoes to drop, as they always had.

In December 2009 I was nineteen hundred miles from home when an ER doctor called to report that, while they’d done everything they could, my fifty-four-year-old husband’s heart was no longer beating. Then it was my turn to break the hearts of four kids, scattered around the country.

My mother always said that life isn’t fair and no one likes a victim. Her words had carried me through many a crisis. Until I joined the freakin’ widows club.

Angry, depleted, and heartbroken, I no longer felt the power of her words. My protective cocoon imploded, rendering me raw and vulnerable. Weary and confused, I searched for meaning and evenhandedness in my widowhood.

And then I met a man whose words changed the trajectory of my life.

Perhaps it was the collar that encouraged me to pour out my woes to Father Johnson at a high school fund-raiser. Perhaps it was divine intervention. Or maybe the wine emboldened me.

“Why must our children grow up without a father, as I did? Why did I survive cancer but Ted die of a heart attack? Why have some people been so hurtful?”

While he couldn’t answer my questions, he could offer perspective, Father Johnson said, before offering a response so powerful I’ve deemed it my North Star: “Faced with adversity, we all have a choice. We can be bitter. Or we can be better.”

Bitter or better. So simple. Yet, some days, so damn hard.

The collective wisdom of my Jewish mother and a Catholic priest demanded attitude changes. “How” supplanted “why.” How can I live the choice to be better? How can I honor the legacy of the man who died too soon? How can I help others to choose better—and live the choice?

The answer revealed itself over time as I recognized that everyone will be tested. What defines us—distinguishes us—is our response.

I’ve become both student and teacher, gleaning insight and perspective from others who’ve faced challenges that are part of life’s promise. Tempests are tempests, regardless of how or how often they visit. There is no utility in comparing. But there is value in sharing.

Life has marched on since Father Johnson illuminated the choice for me. I live with gratitude for our chance encounter. I’ve found purpose in the pain, joy in the work. Whether as a writer or a speaker, I’m galvanized by sharing stories. If words and action can foster my healing, they can transform others as well.

Some days it’s easier to share the lessons than to live them. When I stumble or flounder, I give myself grace. I’m an imperfect woman living the best life I can, striving to set an example for my children and grandchildren, my friends, neighbors, and strangers who also grapple with life.

The tough stuff has remained at bay, though I know its return is inevitable. But I’m no longer afraid. I’ve told my story. I’ve discovered there is strength in solidarity. I have my road map to resilience. Standing at the fork in the road, I’m indulging just one choice.