“I am a proud mother of seven. And nobody can take that away from me.” 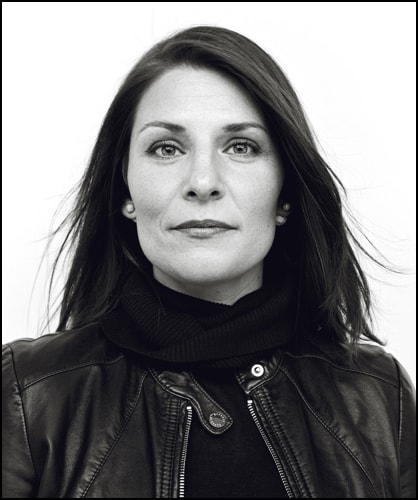 I always wanted a large family.

I wanted a loud and messy and chaotic home filled with laughter and made-up songs and rooms dedicated to imagination and curiosity. It was a dream I never thought would be unattainable. It hadn’t occurred to me to wonder if this part of my life would be hard or messy or just downright would never happen.

Until I lost my first baby.

And then my second.

And then my third.

After my first little one died, I felt like the rug was ripped out from under me and I couldn’t catch my breath. After our second baby died, I felt a wave of sadness that felt like I would drown under. And after we said goodbye to our third baby, Will, I was a shell of myself. My heart physically hurt. I felt a profound sense of guilt and deep loneliness. I was a mother with nothing to show for it.

After what felt like a million doctor appointments, my husband and I were told that I have Factor Five, a blood clotting disorder that makes having a child very difficult. After another series of events, I also found out that I was born with one kidney, which only added to the already high risk of another pregnancy. And so, with weary hearts, we decided not to get pregnant again.

We had always wanted to adopt, but we hadn’t anticipated to start that process so soon. We did and a renewed sense of hope slowly took over.

Although we were taking every precaution to not get pregnant during that time, we found ourselves pregnant with our fourth child. And this time, I had a front row seat to the most incredible miracle. My daughter, Emara, came into the world against all odds. She is now five and as cliché as it may sound, each day is truly a gift with her.

Some would say that we were crazy, but after Emara, we tried again to get pregnant. And we did. But as quickly as we fell in love with our fifth child, we had to say goodbye. This happened one more time and our 6th child, with a strong heartbeat and a perfect growth track slowly left us, too.

I wish I could say it was all easy from there, but the 18 month adoption timeline that we had been promised turned into 72 months with our adoption agency closing twice. Our sweet son, Abraham, was very sick for the first year of his life and hospitalized for the first 9 months after he was born. We were oceans apart during that time and I spent a full year loving him while also preparing myself to grieve another child. Abraham finally came home last year and is now thriving and yet another miracle that I do not deserve.

Looking back on our journey, I do not know how we made it through. Over the span of 6 years, I was crumpled on the bathroom floor more than I can count.

But, scattered throughout those 6 years was something more powerful than any of those things.

No matter how hard I tried to shake it, hope never left my side. The flicker never went out. There were days where I didn’t want to go to bed because I didn’t want to face another day. But, I did. And I would wake up that next day and the sunshine would be there and the breath in my lungs would refresh my soul.

This pain would be a part of my story whether I welcomed it or not and so I chose to find joy and purpose in all of it.

I sought community and found solace in connecting with people who had been through what I went through. I decided to take back control of my body and started running marathons. I would reach out to anyone I knew who had suffered a miscarriage and would help them in any way I could during their time of pain, always remembering their due date and celebrating that sweet life with them.

I realized that if I didn’t own the pain I felt, that it would very quickly own me. So, I gave myself permission to feel every single feeling I had. If it had been a year and I still needed to cry, I would cry with no shame. This pain would be a part of my story whether I welcomed it or not and so I chose to find joy and purpose in all of it.

I feel strong. I feel resilient. I feel proud. I feel hope. I know that even if the life I had always pictured for myself wouldn’t turn out as I had planned, that the life I would have would be beautiful nonetheless.

I will never be grateful for having 5 miscarriages and a 6 year adoption process. But, I am incredibly grateful for the empathy that I have gained, for the reverence to life that I now have and for the wonderful community of friends and family who walked with us every step of the way.

I am a proud mother of 7. And nobody can take that away from me.

Stephanie is a proud mother, wife, and adventurer. She loves work that inspires action and thinks it's really important to set aside at least two moments a day for chocolate.