“I decided to give the man I still loved so deeply an ultimatum: get help or the children and I will leave.” 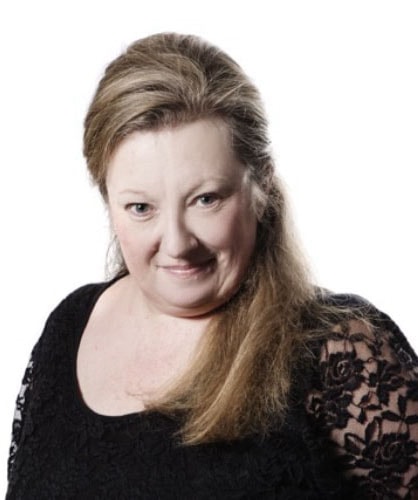 I met my husband in 1981. I can't remember if it was love at first sight, but I do remember that I “pursued” him (for want of a better word) because there was just something about him that took my breath away. Fast-forward to 1989, when we were married. Over the next seven years we bought a house, had our daughter, Laura, in 1991 and then Bradley in 1996.

We were a traditional middle-class family living in South Africa, and life was good. But something changed in 2004 when my husband decided to leave his job and join my father in his business. Money was tight, as he had taken a drop in salary, and it wasn't long before he realized that he had made a mistake.

That was when he started to drink.

At first it was under control, but it got progressively worse, and I watched the man I had married and loved more than anything change into another person. We thought that by moving home and by him getting his old job back that things would get better. Alas, they didn't, and he started down the slippery slope toward becoming an alcoholic.

I tried to "live with it," but when he drove our children to school while he was drunk, that was the last straw. I could have lived with the fact that he had neglected our new house or spent what little money we had on alcohol, but his endangering our children was a step too far. In 2009, I decided to give the man I still loved so deeply an ultimatum: get help or the children and I will leave.

I felt like a failure. I felt as though my life had been turned upside down, like a death had occurred.

Needless to say, he did not get the help he needed, and the children and I moved into a rental property. I divorced him in August 2009, and it was the hardest thing I have ever done. I felt like a failure. I felt as though my life had been turned upside down, like a death had occurred.

My daughter was eighteen and in her final year of schooling and my son had just become a teenager. It was hard. I spent hours crying over what could have been. The irony was that we still loved each other. We still spoke to each other daily. Regrettably, though, the man I married was not the one I divorced.

He spent the next eighteen months trying to get his life together. These eighteen months were filled with strained Father's Days, awkward Christmases, and milestones being missed. Alcohol had him in her clutches. His rock bottom came when he fell down the stairs and broke his wrist. He drove himself, while intoxicated, to the hospital and checked himself in to fix his wrist and get his addiction sorted out.

In July 2010, he was finally sober, and life changed completely for us. I had my husband back, and we spoke at length about our future plans.

That all changed on the twenty-third of February 2011. I received a call from him, and all I could hear was his heavy breathing. I jumped into the car and raced to his flat. I couldn't get in because he had locked the door from the inside. My daughter, who was still at home, tried to keep him on the phone. I hammered on the door, I called his name, and eventually I could see him stumble down the stairs toward the glass door. He slipped down the last few steps and I watched helplessly through the window as he drew his last breath. Finally a neighbor broke a window and opened the door but it was too late. The paramedics couldn't revive him, and my darling husband was gone.

The next few days were a blur. I tried to make all the arrangements but it was like living in a fog.

When all the activity was over, life carried on, and I remember someone talking about the five stages of grief and that “you should expect to go through this, but things will get better.” I wanted a time frame, though. I wanted to know when I would stop dreaming about him, hearing songs that reminded me of him, when I would stop being so angry, but nobody could tell me. It's been six years, and yes, the physical pain has subsided, but I am still so sad. I still break down, I drag feelings from dreams I have about him into my day. I am still weary.

My children have come through this better than I have. They have grown into such wonderful adults who their dad would be so proud of.

I have had professional help and I have also taken medication, and I would say that life has settled into a routine. We have a great life and I have a tremendous amount to be thankful for, but I yo-yo between feelings of regret and "what-ifs” and "if onlys.” I want to achieve a sense of acceptance about what has happened; I want my memories to make me feel content.