“I am living proof that you can emerge from the other side of post-natal depression.” 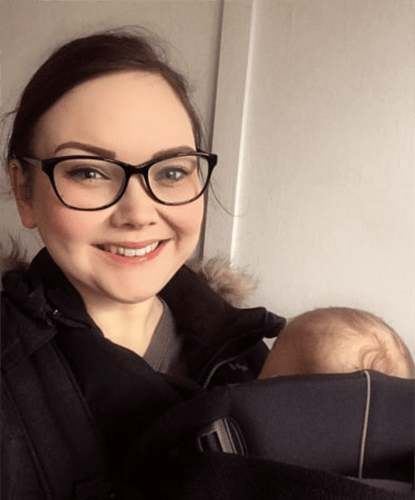 In early 2014, after several miscarriages and a traumatic birth, I finally got to hold my much-longed-for son. He was wonderful; so sturdy and healthy, and the most beautiful baby I had ever seen. As he developed, he slept well and was so pleasant natured. He was a dream. I had the most perfect child and life that I could have ever imagined.

I believed I was a danger to my son, that I couldn't give him what he needed, and that he would be much better off without me.

As the months went on, I began to find parenting difficult and frustrating. Once the initial flurry of excited visitors disappeared, I felt lonely and isolated and was terrified of my new role. All of a sudden, this little person was completely dependent on me and I was floundering. I began to have intrusive thoughts. They were gentle at the beginning, such as daydreaming about what my life would have been like if I had never decided to have a child. Before too long, they became darker and darker. I believed I was a danger to my son, that I couldn't give him what he needed, and that he would be much better off without me.

I spent my days screaming and crying, watching my entire world fall apart. When friends would visit, I spent my time doing washing or cleaning my house, never allowing myself to stop and have an open conversation about what was going on. I eventually decided that I needed to leave my son with a trusted friend and disappear. I made this plan several times and the only thing that stopped me each time was that I couldn't decide whether to go off to a different city and vanish completely, or to kill myself.

People talk openly about the difficulties of raising a child, and as all my thoughts were borne out of the intense feelings of love I had for my son, it never occurred to me that I was experiencing something unusual. It was only when I realized that my friends weren't going through the same thing with their children that I thought something was amiss. I have lived with depression since my teens and this felt different, like it was my entire existence, rather than a shadow that followed me around.

I saw my doctor and got a diagnosis of post-natal depression and a treatment plan. I increased my medication, went to therapy, and opened up to my husband and friends about how I was feeling. In time, my symptoms eased.

In late 2016, I became pregnant again. I was terrified. Not of childbirth or sleep deprivation, but of these feelings returning. I still feel guilty about my son's first year of life, and how I may have damaged him irrevocably. I needed to make sure I didn't fall apart again, because I wasn't sure I could survive it. I took preemptive action: I surrounded myself with supportive people and talked openly with my doctors and midwives. I made an action plan, and worked out how I would notice and cope with any issues. Five months ago, I welcomed my perfect daughter into the world. I take each day as it comes, and while they're not always easy, they are certainly smoother than they were before. I have built myself a community of family and friends, both in real life and online. Giving myself the freedom to talk has helped enormously, and I'm finally allowing myself the chance to enjoy being a parent.

I am living proof that you can emerge from the other side of post-natal depression. I am now much stronger and happier and full of optimism for the future. I can finally envision how my children will grow and develop—and I can't wait to experience life with them.

Angie O’Reilly is a mother of two, and a music teacher. She studied Music Technology at Queen’s University, Belfast and is passionate about music education, early literacy and equality. After developing post-natal depression following the birth of her son, Angie began using the Moment Health app, which helps parents keep track of their emotional wellbeing and screens for early signs of perinatal depression and associated anxieties. She lives in Belfast with her family.