“My brother died, filled with love and the hope of saving his daughter.” 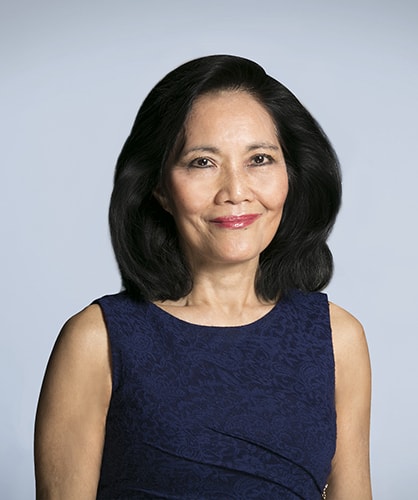 “Joe. Jeanie. Sha-le! Sha-le!” my mother screamed hysterically in Chinese: “Joe. Jeanie. Killed! Killed!” My older brother Joe and his two-year-old daughter, Jeanie, had been murdered in their home in Anchorage, Alaska, where our family had emigrated from Hong Kong.

The trip from New Jersey to Anchorage felt interminable. The minute I arrived at the Anchorage airport, I rushed to the Providence Medical Center.

I entered a room full of strangers. Someone put Jeanie in my arms. She felt so tiny … so cold … so limp. I stared at the bullet hole in her forehead. I felt her breathing, ever so faintly. Then she was gone.

Until that moment, I had never experienced death. It was surreal.

My father was always the fierce patriarch of our clan. But overnight, he shriveled into utter silence and despair. My mother wept uncontrollably all day long. Jeanie’s mom tried to jump from the terrace of our ninth-floor apartment.

I was thrust into an unfamiliar role as the head of the family. My younger brother provided much-needed moral support. I was overwhelmed dealing with morticians, community leaders, and journalists chasing the year’s most sensational story. I was also in constant contact with the Anchorage Police, especially lead detective Ken Spadafora. He was all muscle, never cracked a smile. Yet whenever we talked about his kids, his eyes lit up and he melted with pride.

Soon, the police identified a shortlist of suspects, including a kitchen worker named Min from Taiwan.

The funeral service was packed. Most of Anchorage seemed to be there, except my father, who was too distraught to attend. And all three hundred Chinese in Anchorage were there … including Min!

When I saw Min standing next to me, I started shaking. My legs were like jellyfish. I thought of “sha jue”—a Chinese gang tradition of exterminating the victim’s entire family. Then, suddenly, plainclothes policemen surrounded Min and me. Their presence made me feel like I could breathe again.

The funeral itself was chaotic. We had a Catholic service in three languages: English, Mandarin, and Cantonese. While the Catholic ritual was proceeding, my sister-in-law performed her own Buddhist ceremony right in the front. Her Buddhist white contrasted with the waves of black and blue. Chants, incense, prayer beads, and wrenching cries from her deepest core.

Several months later, the police arrested Min on two counts of murder. He pleaded not guilty.

The trial last eighteen months. My eighty-year-old father was almost deaf, and my mom could barely speak English. Yet through it all, they attended every hearing—sometimes just sitting outside the courtroom, heads bowed, waiting quietly…

In 1991, Min was convicted of both murders and sentenced to 198 years. The alleged motive was a thousand-dollar gambling debt my brother owed. Min insisted that he was innocent.

For twenty-five years, I did not mention Joe and Jeanie and ignored all news from Alaska.

After the tragedy, my father became a broken man and his health deteriorated. My mom visited Joe and Jeanie’s gravesites every week, even braving the severe Alaskan blizzards. My sister-in-law returned to Taiwan.

As for me … for twenty-five years, I did not mention Joe and Jeanie and ignored all news from Alaska. Perhaps I was ashamed of my brother—an addicted gambler associated with the wrong crowd. Perhaps I blamed him for Jeanie’s death.

Then one day last year, I came across a native Alaskan bracelet made of walrus tusks and with exquisite carvings of polar wildlife. The bracelet was a present from Joe for my sixteenth birthday.

I could no longer deny my past.

I have tried hard to forget the gruesome court testimony—except for one detail.

Before he died, Joe was stripped naked, kneeling, begging for Jeanie’s life. Then he was shot—execution style.

My brother died, filled with love and the hope of saving his daughter.

I’ll always treasure this bracelet and know that, deep in my heart, Joe and Jeanie are always with me.