“I worked hard to push past the feelings of anxiety and fear that threatened to overwhelm me.” 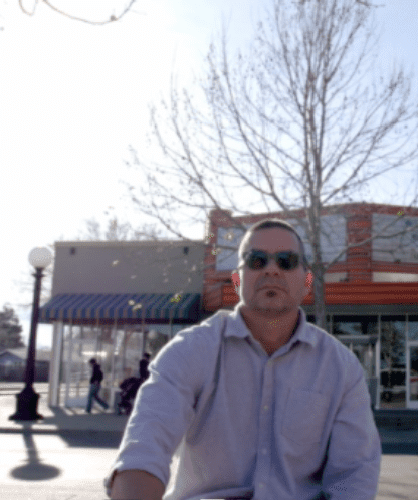 In 2016, I was released after twenty-eight years in prison. I knew there would be challenges, but I was ready to face anything. They say your worst day outside prison is a hundred times better than your best day in, so when I was finally released, I was ready to throw myself in, give back, and make the most of my freedom.

On the outside, I looked like everyone else, but inside I was a mess of anxiety.

It was a strange experience coming home; I was trying to remain calm and cool during the transition. On the outside, I looked like everyone else, but inside I was a mess of anxiety. The first day I stepped off prison grounds, my wife and I went to Denny’s—I remember I sat in the restaurant surrounded by all these people, staring at the knife and fork, feeling so overwhelmed.

Every day I was out, I worked hard to push past the feelings of anxiety and fear that threatened to overwhelm me. My wife and I started an antique business, I went back to college, and we began to rebuild our lives. Things were going well. But living with a criminal record is like wearing a scarlet letter. You can never truly escape from it—any small slip up could cost me my freedom for the rest of my life.

One day, my wife and I were driving past Folsom State Prison. I wanted to have a look at the prison museum, as a way to process the past. We drove up to the entrance and asked the officer, “Hey, can we take our picture here?” He said, “Sure, no problem,” so we did and then we went on our way.

I was committing a crime that could send me back to prison for life.

I didn’t think anything of it; I didn’t think I was breaking any rules. The museum was behind the walls of the prison so we thought we were safe, but it turns out that by just being on the grounds without approval from the warden, I was violating my parole. I was committing a crime that could send me back to prison for life.

My parole officer called me and I told him where we had been. He got very silent and said, “Why did you go there? You’re not allowed to be there.” When he did that, I knew he was going to arrest me.

My wife, Brenda, and I had made a new life for ourselves, positive things were happening, and suddenly it was all being snatched away.

Here I was after twenty-eight years coming back into the world, trying my best, and there are no clear rules about what I am allowed to do and not allowed to do. My wife, Brenda, and I had made a new life for ourselves, positive things were happening, and suddenly it was all being snatched away. I had left prison, we had succeeded, and here I was going back. At that moment, I felt so empty; I felt like a failure.

I was put in jail without legal representation or access to a public defender. While I sat there waiting for my sentence, Brenda never gave up on me or our future. She contacted Root & Rebound, a reentry legal resource center that gives education and support to people who are currently or formerly incarcerated, along with their friends, loved ones, and advocates, as they navigate the reentry process. Their attorneys jumped on the phone, calling everyone from the head of parole to the district attorney’s office, to tell my story and advocate for my release. They shared my accomplishments since leaving prison—making dean’s list in college, starting a business, working with youth impacted by domestic violence. They believed in me and supported us in our most vulnerable and darkest moments. With their help, the charges were dropped and I walked free from jail after a week, instead of serving another life sentence for a simple mistake.

Root & Rebound has empowered my reentry experience by letting me know that I’m not alone, that there are people who care about me. Just that knowledge gives me a sense of hope.

Now I am going to school full-time, pursuing a degree in agriculture. I believe that people are given a second chance—and if they want it, they can create a different life for themselves. You don’t always have to be equal to the worst mistake you’ve ever made. You can move on from that.

There are redemption stories in all of us. There’s certainly one in me.

Joel and Brenda have been married for 5 years and live in rural California, where Joel is currently pursuing his Bachelor’s in Agriculture and they own a small business selling antiques. Joel is also an anti-violence advocate who serves as an ambassador for Root & Rebound and speaks to audiences across California about how the domestic abuse in his childhood home led him down a dangerous path of self-destruction.