“As much as I hated the thought, I had become my father.” 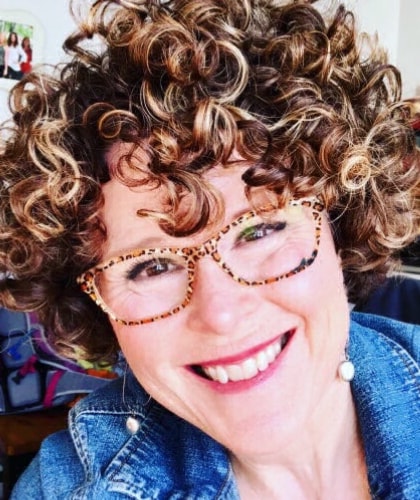 I was raised in an alcoholic home. My father struggled with alcoholism, compulsive overeating, and rage. My mother, herself the child of an alcoholic, did everything she could to minimize the problem, ignore his behavior, and teach us to shoulder the blame for all of his problems. If he got mad, we had to apologize, even if we did nothing wrong. If he got drunk, we caused it. If we were unhappy, we were at fault. I learned that my feelings didn't matter, anger was forbidden, and fear was something that had to be endured quietly.

I was a sick young woman by the time I graduated from high school. I suffered from my own alcoholism, acted out promiscuously, and was anorexic and bulimic.

I married a man older than me because I was terrified to take care of myself. In the course of that marriage, I realized I was an alcoholic and had a host of psychological issues stemming from my codependency. I got sober with the help of AA, but was a mess emotionally. It would be another 20 years before I got help for codependency. Meanwhile, my first marriage failed. As much as I hated the thought, I had become my father.

I looked at a picture of myself one day and saw soulless eyes that resembled my father's alcoholic eyes. It scared the hell out of me, and I started to climb out of the hole I had dug.

My second marriage was much scarier. I married a narcissistic man like my father. My codependency issues deepened, and I became physically sick and extremely anxious and depressed. As my emotional pain intensified, my rage grew into an almost unstoppable tantrum. I had insomnia, started to have migraines, and struggled to hold down a job. My husband's issues grew worse as well. By the time I sought help from Alanon and understood how codependent I was, I could barely function. I looked at a picture of myself one day and saw soulless eyes that resembled my father's alcoholic eyes. It scared the hell out of me, and I started to climb out of the hole I had dug.

It took me a year and a half to muster the courage to set boundaries with my husband. I'd been told that in a sick relationship, when I would start to change, he would probably escalate the drama to keep us in our pattern. He tried, and became physically violent with me. Luckily, I left before anything horrible happened. When I would hear stories in the news about murder-suicides, I recognized that could be us. I knew our relationship had to end before it ended badly.

I got lots of help. I stayed out of relationships. I took responsibility for my issues and received therapy. I built strong, healthy friendships and learned to connect with other people on a deep level. I began to grow up.

The rage melted away and left my body in the form of tears. I felt like I grieved every loss I'd ever endured. My health came back. I ran a half marathon, followed by a full marathon. My depression cleared and I learned to cope with my anxiety. Life became manageable.

My parents are now in their late 70s. The abuse never stopped, and their patterns of alcoholism and codependency have endured. They are full of rage, and I had to walk on eggshells around them for the past 10 years. A daughter showed up a few years ago that no one knew about, and my father admitted he had cheated on my mother throughout their entire marriage as part of his drinking. Once again, my mother swallowed her anger.

When I was a girl, I believed the insults and the stories they told themselves about me. But this time I could see that they weren't talking about me at all.

When I visited them two years ago, their rage erupted on me. They spent an hour berating me for every imaginary shortcoming they believed I had. When I was a girl, I believed the insults and the stories they told themselves about me. But this time I could see that they weren't talking about me at all. I'm not even sure they could see "me." Their vitriol was a pure projection of their hurt, anger, and remorse. There was no compassion for me as a human being at all. I don't believe they are capable of it.

I am estranged from my parents and possibly from the rest of my family. A therapist explained to me that I act as a scapegoat for the family’s pain and anger because of my mirror-image struggles and my audacious act of recovering. It is often the one who speaks the truth that becomes the scapegoat—and the entire family shuns them.

I've spent the last two years grieving the loss of a family I never really had. Today, I'm trying to build a family of choice.

I've spent the last two years grieving the loss of a family I never really had. Today, I'm trying to build a family of choice. I have spent a lifetime in failed relationships because I have chosen unsafe people. I have a history of getting into relationships with angry, self-centered, and abusive men. I don't have the energy for it anymore. And I don't believe that it is my responsibility to be the scapegoat for anyone else's problems. I have enough of my own.

I am 57 years old. I am lonely sometimes. The holidays are approaching, and I know there will be periods of loneliness. But loneliness will never be as scary to me as abuse.