“I can’t imagine getting through this without her. Even when I feel hopeless, I draw on her strength to keep going.” 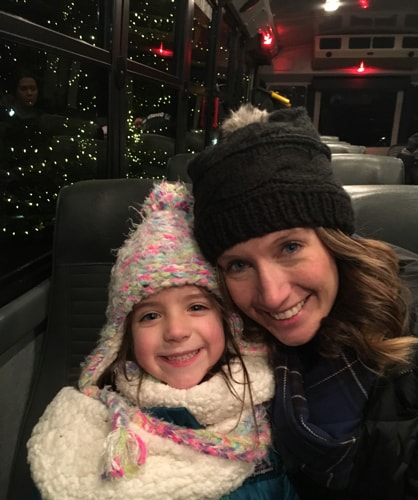 I was thirty-three weeks pregnant with my son Griffin. It was a normal day. I went to work, then to a scheduled prenatal appointment. That’s when the doctors found Griffin in distress with a decreased heart rate. They operated immediately. They resuscitated him. He was experiencing kidney and liver failure, as well as internal bleeding. After twenty hours, they realized he wasn’t going to make it.

My husband and I made plans for our daughters, Ella and Molly—who were four and two at the time—to come to the hospital to meet their little brother. When Ella saw Griffin, she could not get over how cute he was, even though he was covered in wires. The nurses pulled me aside to ask whether I wanted him to be baptized in the hospital. Our whole family was there for the baptism.

Three days after Griffin’s birth, we were told there was nothing left to try. The girls came to the hospital again to say goodbye to their little brother. I explained that Griffin’s heart and brain didn’t grow enough, and he would have to go to heaven.

Ella had the saddest little face.

There’s a photo of my great-grandmother Olgi, hanging in the kitchen at home. After a moment, Ella looked up at me and said, “Mom, I think I have an idea. You know that photo of Olgi in the kitchen? I want pictures of Griffin, too, so if I ever miss him I can look at the pictures and be happy.”

Seeing the resilience that Ella has already shown at four years old gives me hope.

For the next two-and-a-half hours, Ella wrapped Griffin up in a blanket and orchestrated a photo shoot, telling us what pictures to take and how to pose. She also helped him make handprints and footprints on paper. It was like nothing I’ve ever witnessed before. We were able to make memories with Griffin before he died.

Seeing the resilience that Ella has already shown at four years old gives me hope. It’s not that Ella isn’t sad. But she has her own ways of grieving. She draws pictures of Griffin. She kisses her angel necklace whenever she misses him. She prays to him. She tells herself that he’s okay and that he’s not alone. I try to do that, too.

I can’t imagine getting through this without her. Even when I feel hopeless, I draw on her strength to keep going. We visited Griffin’s gravesite just a few days ago. I broke down crying. She said, “Mommy, you don’t have to cry like that. Remember, Griffin is okay. He’s with Olgi now.”

There seems to be such sadness and shame around the death of a child soon after birth. No one knows how to talk to me about it. It’s an incredibly lonely experience. I hope sharing our story can help at least one family not feel so alone.