“Since then I’ve thought of Penelope as ‘he.’...It was the best thing I could have done.” 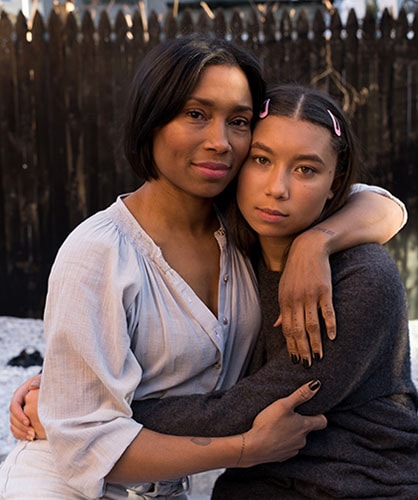 My son Penelope is trans. He was born a girl. But by age two, he showed major signs of stress. His nails were bloody from being bitten. He suffered from bedwetting and nightmares.

We tried more sleep, more reading, more hugging. But nothing worked. He rejected his princess toothbrush. He rejected Mary Jane shoes and dresses. He wanted his brother’s jeans and shirts.

I sat Penelope down at three years old and asked why he was so upset. He said, “Because everyone thinks I’m a girl. And I’m not.” I said, “However you feel is fine.” But he responded, “I don’t FEEL like a boy. I AM a boy.” He was very clear: “I don’t want to be you. I want to be Daddy.” I wrote down his words because I never wanted to forget them.

I had thought that everyone was one gender or the other. Though I didn’t understand Penelope fully, I wasn’t prepared to turn my back and say, “No that’s not right.” I did countless hours of research. Then I filed away my findings and led with my heart instead.

Since then I’ve thought of Penelope as “he.” I supported his choice of boy’s clothes and hairstyles. It was the best thing I could have done. He’s now eight and class president. He excels in school. He’s a karate champion. Everyone treats him as a boy. His school friends were the first to start saying “he” publicly, before any of the adults. There have been minor incidents of teasing, but we’ve been able to work it out.

My experience with Penelope has made me an activist. I’m on the parent council of the Human Rights Council. We work on policy. We train public school administrators to understand gender acceptance. We offer family therapy. I also speak publicly about our story, and I’ve written a book on identity.

It’s amazing how much Penelope’s four siblings have supported him. We find so much joy together as a family. We have dance-offs in the living room. We make a lot of art. I’ve tried to foster a super kid-friendly and warm environment in my home.

Penelope has an extra special bond with my oldest daughter, Georgia. Because of what she’s learned from Penelope, Georgia is active in her school’s LGBTI club, and she’s been working with teachers to make her school more inclusive.

When my eleven-year-old son, Cassius, questioned Penelope’s identity, I asked both boys to accept different truths. Cassius is a science geek. He thinks it’s scientifically impossible to be transgender. It’s hard for Penelope to hear this from his own brother. But it’s better for him to hear it in the safe space of our house. The discussion is healthy and allows them to be understanding. Cassius calls Penelope “He” and “My brother.” They’re very close to one another.

I haven’t yet told Penelope about the scariest forms of opposition to trans people, like the murder rate for black trans women. But I talk to all my kids about standing up against injustice. We’re not just standing up for Penelope. We’re fighting for everyone.